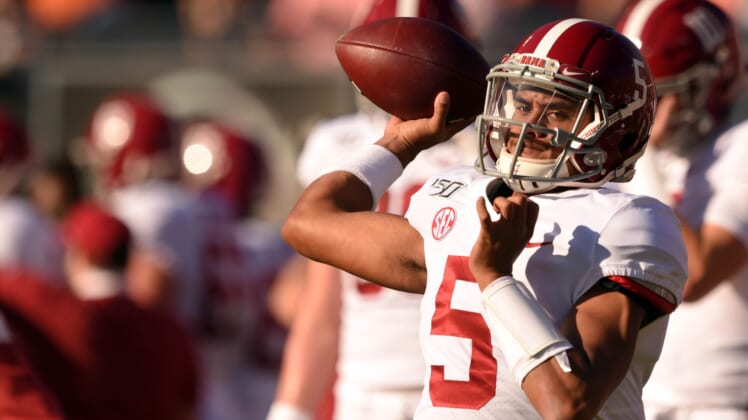 The news, first reported by AL.com’s Matt Zenitz, means the younger Tagovailoa won’t be following in his brother’s footsteps as a starting quarterback at Alabama.

Taulia, a four-star recruit in 2019, saw limited playing time this season at Alabama. He completed 9-of-12 pass attempts for 100 yards with one touchdown. Coming out of high school as one of the top prospects in Alabama, many expected him to take over next season following his brother’s departure.

Following Taulia’s departure, true freshman Bryce Young will now have an even better shot at beating redshirt junior Mac Jones for the starting job. Alabama picked up Young in the 2020 recruiting class and he was rated the No. 1 dual-threat quarterback in the country and was a five-star recruit, per 247 Sports.

Taulia will likely have plenty of suitors to choose from. Of course, he might have to wait a few months with universities across the country closed due to the COVID-19 pandemic.