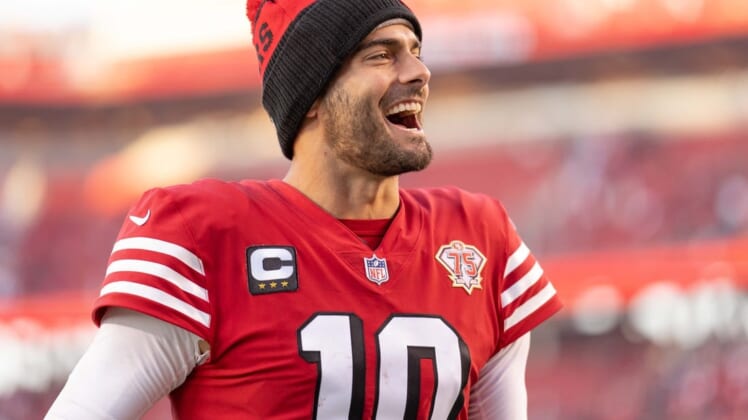 Once that happens and he is able to pass a physical, the 49ers are hoping to find a trade partner for the 30-year-old veteran.

Garoppolo had a procedure on his right shoulder in March and has been excused from offseason activities, including a mandatory minicamp earlier this month.

The 49ers are expected to turn over the offense to second-year quarterback Trey Lance, the No. 3 overall pick in the 2021 NFL Draft.

He went 9-6 as the starter last season, completing 68.3 percent of his passes for 3,810 yards with 20 touchdowns and 12 interceptions.