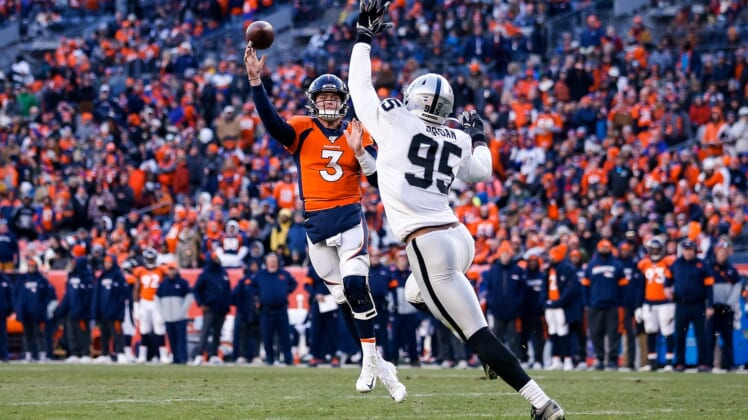 Just a day after visiting with the team, former No. 3 overall pick Dion Jordan is expected to sign with the San Francisco 49ers in another opportunity to revitalize career.

Jordan, one of the biggest NFL draft busts of all time, is reportedly working on a deal to join the 49ers before the 2020 NFL season, per NFL Network’s Ian Rapoport.

Jordan came into the NFL with tantalizing potential as the No. 3 overall pick in the 2013 NFL Draft. The Dolphins hoped the 6-foot-6 edge rusher would turn his absurd athleticism into All-Pro production at the next level.

He recorded only two sacks in his rookie season, missed five games in 2014 for violating the league’s drug policy and the suspensions kept coming. After serving an indefinite suspension through 2015 then missing the 2016 season, Jordan returned to the NFL with the Seattle Seahawks.

Across two seasons in Seattle, he racked up 5.5 sacks with seven tackles for loss in 17 games before joining the Raiders this past season. In limited playing time, he recorded two sacks and one tackle for loss across 173 defensive snaps.

San Francisco will hope that Jordan’s fourth shot in the NFL proves to be far more successful and he finally turns athleticism into actual on-field production. If things don’t work out, the 49ers will still boast one of the NFL’s best defenses without him.