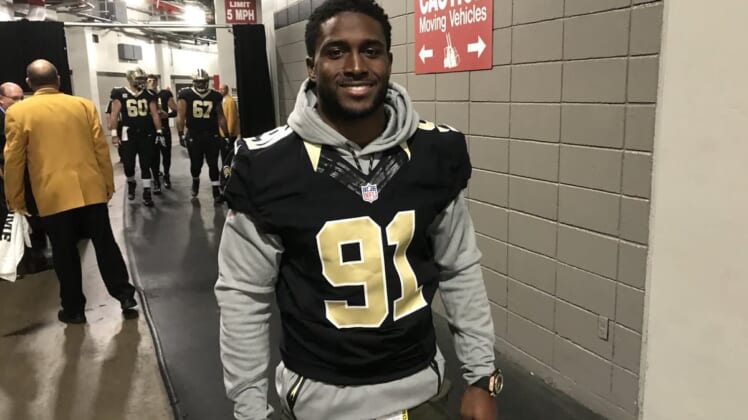 The Kyler Murray slander has reached a new pinnacle recently, with anonymous scouts feeding information to national figures that paint him in quite a negative light.

The big one was NFL Network’s Charley Casserly going on national television to share that the comments he heard from people about Murray were the worst he’s ever heard at the combine. He criticized Murray’s leadership, his study habits and his football IQ.

Another anonymous scout pitched the notion that Murray somehow inflated his height at the combine — a notion that sparked quite a meme frenzy on social media.

“You don’t win a Heisman Trophy, get drafted in baseball and soon to be the #1 pick in the NFL with poor study habits, mediocre work ethic, and poor leadership! Use some common sense for once and stop trying to find reasons to not draft these kids! You playing with peoples lives!”

Hard to argue with any of that from Bush.

For what it’s worth, Oklahoma head coach Lincoln Riley absolutely agrees with Bush and has publicly denounced the negative reports about his supposed horrible combine interviews.