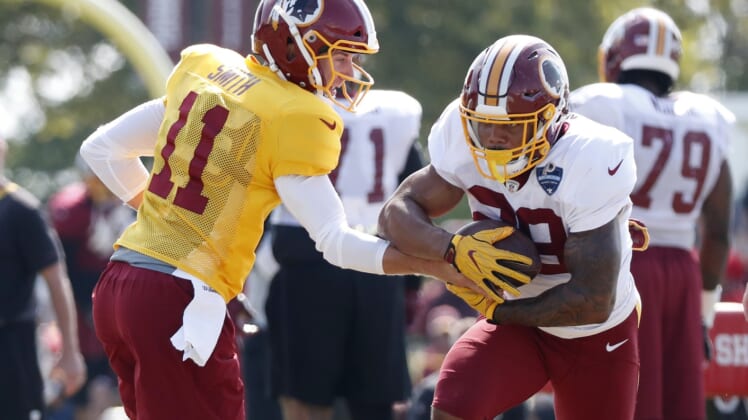 In some rather shocking news around the NFL world, Washington Redskins rookie running back Derrius Guice suffered a torn ACL in the team’s preseason opener against the New England Patriots on Thursday evening.

RB Derrius Guice and TE Manasseh Garner will miss the 2018 season due to ACL injuries sustained from last night's preseason game at the New England Patriots. Both players are expected to make a full recovery and are looking forward to playing in 2019.

Guice left the game after his sixth rush attempt, at which point it seemed the injury itself was minor. An initial diagnosis on Friday morning suggested that the former LSU standout and second-round pick suffered a sprained MCL.

Obviously, that’s not the case.

Guice was having himself a tremendous training camp before making his NFL debut and was considered the odds-on favorite to earn Washington’s starting job.

With Guice now sidelined for his entire rookie season, Samaje Perine, Chris Thompson and Robert Kelley will vie for touches in Washington’s backfie