Redskins name Dwayne Haskins the starter for rest of season 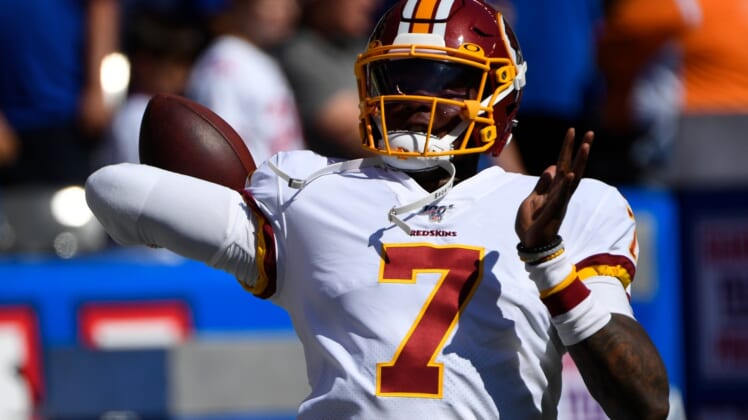 The Washington Redskins have named rookie quarterback Dwayne Haskins their starter for the rest of the season.

This makes too much sense. Washington has just one loss, so there is nothing to gain by playing a mediocre veteran to try and salvage wins. At this point, this team would be better off losing to cement a top draft selection in the first round.

The way things currently stand, Washington is slotted into the No. 2 overall spot with Cincinnati at No. 1. Assuming the Bengals take a quarterback, that means Ohio State’s Chase Young falls right into Washington’s lap, and teaming him up with Montez Sweat over the long term would be an incredible move for this team’s defense.

As for Haskins, he’s very raw but clearly has talent. The best thing Washington can do for him at this point is give him game reps. He needs to experience the speed of the NFL as much as possible. Now he has a chance to do it the rest of the season, and that will serve him well in the years to come.