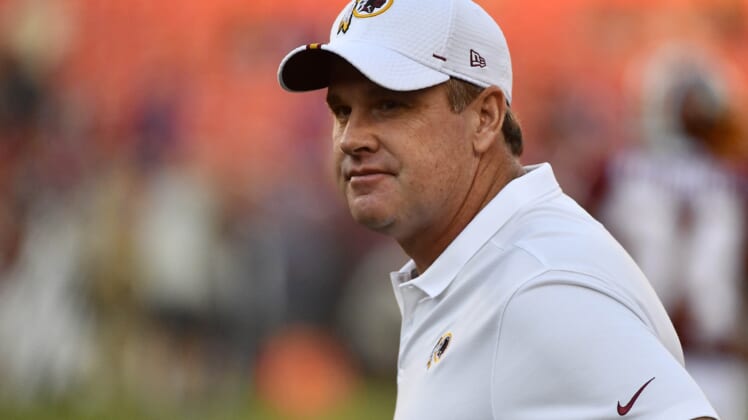 Following yet another humiliating performance from his still-winless Washington Redskins team, the writing seems to be on the wall for head coach Jay Gruden.

It has been noted multiple times that Gruden would likely be fired if his team lost to the New York Giants on Sunday. Once the clock hit triple zeros in New Jersey on Sunday, the Skins found themselves on the losing end of a lopsided 24-3 score.

Following the game, injured second-year running back Derrius Guice threw his support behind the embattled Gruden.

We’re not too sure this is going to mean much to Washington’s brass. Owner Daniel Snyder and president Bruce Allen want their fall guy. Gruden has failed at every turn on the sideline in D.C. It’s still good to see Guice go to bat for his head coach.

At 0-4 on the season, the Redskins are toast. There’s no real reason for the team to prolong the unevitable.

As it relates to Guice, he suffered yet another knee injury earlier in ths season. The hope here is that he returns to full health after missing his entire rookie season with a torn ACL. When that does happen, the former second-round pick will likely be playing under a different head coach.