Reds pull out victory over Yankees in 10 innings 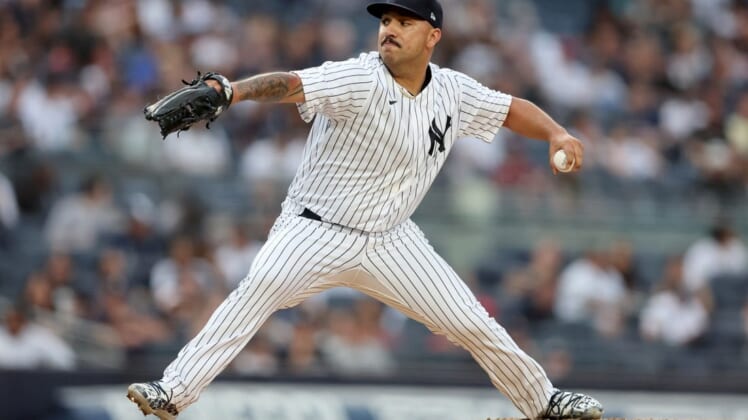 Joey Votto hit a tiebreaking double with one out in the 10th inning as the visiting Cincinnati Reds blew a three-run lead in the eighth before holding on for a 7-6 victory over the New York Yankees on Thursday night.

Votto snapped a 4-all tie by lining a slider to center field off Lucas Luetge (2-3) that scored automatic runner Brandon Drury. Tyler Stephenson followed with a double that scored pinch runner Matt Reynolds and Donovan Solano added a run-scoring single.

Votto also hit an RBI single and Kyle Farmer added a two-run single off Jonathan Loaisiga in the eighth to give the Reds a short-lived 4-1 lead.

The Reds won for the sixth time in seven games after Jeff Hoffman allowed Aaron Judge’s major league-leading 31st homer and a tying two-run homer to Gleyber Torres. Hunter Strickland kept the game tied by striking out DJ LeMahieu with the bases loaded and Reiver Sanmartin (3-4) finished the ninth before allowing a two-run homer to Matt Carpenter in the 10th.

After Sanmartin walked Joey Gallo, Dauri Moreta earned his first career save. He allowed a two-out single to Isiah Kiner-Falefa but finished it off by retiring LeMahieu.

Luis Castillo held the Yankees to one run and two hits in seven innings.

Castillo struck out eight and worked around four walks. He threw 114 pitches and his second start in New York was even more noteworthy than his first on July 25, 2017.

In his debut at Yankee Stadium, Castillo got Todd Frazier to hit into a triple play and Thursday, he pitched 5 1/3 no-hit innings before Anthony Rizzo doubled.

The Reds took a 1-0 lead when Drury lifted a sacrifice fly after India was hit by a pitch to load the bases.