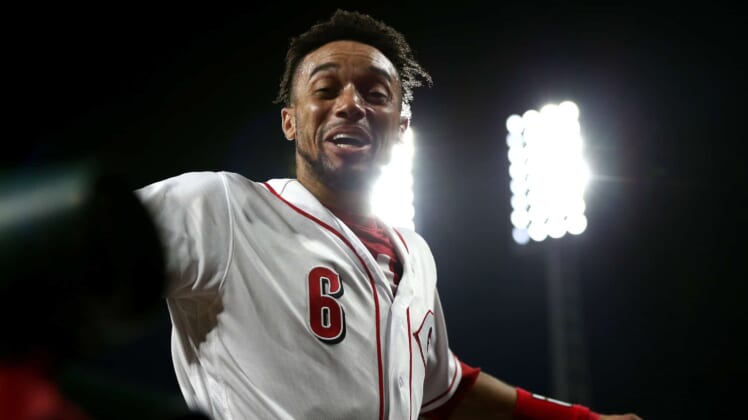 While the Cincinnati Reds have given fans plenty of low moments in recent years, the team has now achieved something immensely positive for the first time in over three decades.

On Sunday, Cincinnati trailed the Chicago Cubs 5-0 in the fifth inning. A pinch-hit home run by relief pitcher Michael Lorenzen offered a ray of hope, but the team still trailed 6-1 in the seventh inning.

Then their bats woke up with a seven-run seventh inning to take an 8-6 lead. Relievers Amir Garrett and Raisel Iglesias pitched two perfect innings to close it out and seal history for Cincinnati.

The Cincinnati #Reds pull off first 4-Game sweep of #Cubs in 35 years, winning their 7th straight game and first undefeated homestand of six or more games in 10 years

Cincinnati sits at 32-45 after Sunday’s win extended its win streak to seven games. It’s the second time this season the Reds have won six-plus games in a row.

While this will likely finish as another sub-.500 season for the Reds, this sweep will serve as a great memory for the fans.