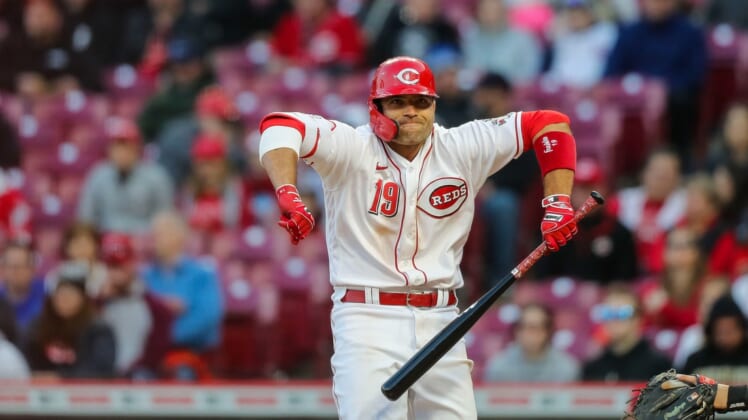 Cincinnati Reds first baseman Joey Votto was scratched from Tuesday’s game and placed on the COVID-19 list more than two hours before a road contest against the Milwaukee Brewers.

“We’re precautionary as far as being able to put him on that COVID IL, which is really a day-to-day thing until we know more,” Bell told reporters.

The six-time All-Star is off to a slow start with the Reds. Votto is batting just .122 with no homers, three RBIs and 29 strikeouts in 74 at-bats.

The Reds entered Tuesday’s game with a major league-worst 3-19 record.