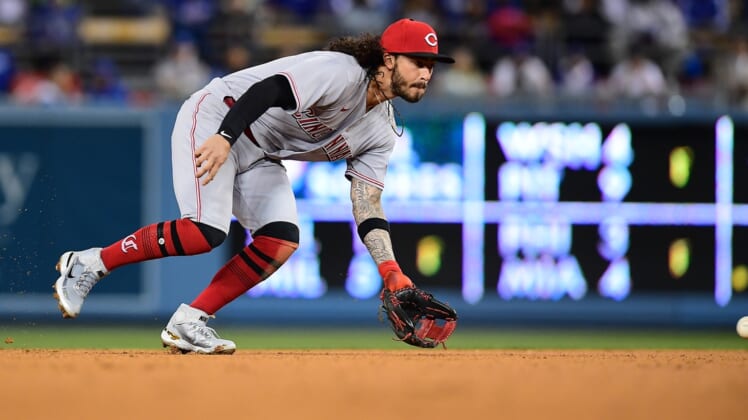 India has been sidelined since sustaining a right hamstring strain against the Los Angeles Dodgers on April 14.

The 25-year-old was batting .241 with two RBIs in seven games this season prior to the injury.

Reynolds played in one game for New York this season and has a .212 average with four homers and 19 RBIs in 131 career games with the Mets, Washington Nationals and Kansas City Royals over five seasons. Reynolds was 2-for-17 (.118) with one homer and three RBIs in eight games for Triple-A Syracuse earlier this season.

The Reds (3-13) own the worst record in the majors. Cincinnati halted an 11-game slide Sunday with a 4-1 win over the St. Louis Cardinals.