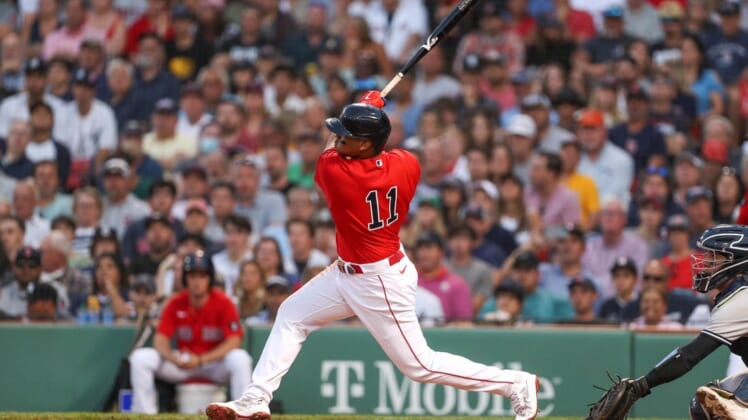 Red Sox third baseman Rafael Devers exited Boston’s Friday home game against the New York Yankees after four innings due to pain in his lower back.

Devers, who was selected a starter in the All-Star Game for the second straight year earlier on Friday, missed two games this week with back and hamstring tightness.

He was seen wincing in pain both at the plate and in the field before being taken out of the game on Friday.

Christian Arroyo, who was in right field, was summoned to play at third base in place of Devers, who went 0-for-3 with two strikeouts. Franchy Cordero entered to play right field.