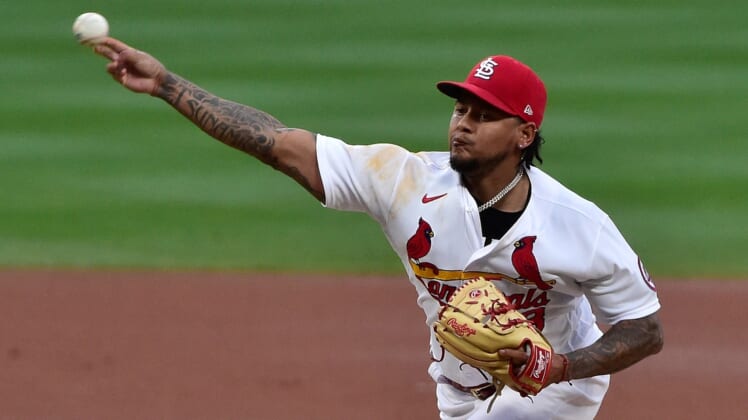 Ramirez hit a three-run homer, an RBI grounder, a double and a single to extend his on-base streak to 22 games. During that run he has produced 10 walks, nine doubles, three homers, 17 runs and 13 RBIs.

Starting pitcher Shane Bieber (7-3) held the Cardinals to one run on five hits in six innings as the Indians won for the fourth time in their last six games.

The slumping Cardinals have lost six consecutive games and eight of their last nine.

Losing pitcher Carlos Martinez (3-6) allowed five runs on seven hits in his four innings. In his last two starts he has allowed 15 runs in just 4 2/3 innings.

The Indians wasted no time getting to him.

Cesar Hernandez drew a walk leading off the game and he scored on Amed Rosario’s triple. Jose Ramirez drove home Rosario with a soft grounder to put Cleveland up 2-0.

The Indians pushed their margin to 5-0 in the third inning. Hernandez and Amed Rosario hit singles, then Ramirez crushed his three-run homer.

The Cardinals finally broke through on Bieber with two outs in the fourth inning. Tyler O’Neill drew a walk, Matt Carpenter was hit by a pitch and Edmundo Sosa hit an RBI single to cut the lead to 5-1.

Andrew Knizner walked to load the bases, but pinch hitter John Nogowski grounded out to end the inning.

Wildness cost Cardinals reliever Jake Woodford in the sixth inning. He started off by walking Austin Hedges and hitting Bradley Zimmer with a pitch.

He got Bieber to ground into a forceout, but Hernandez hit a sacrifice fly to make it 6-1.

The Indians tacked on four runs against reliever Junior Fernandez in the ninth on two-run singles by Eddie Rosario and Zimmer.