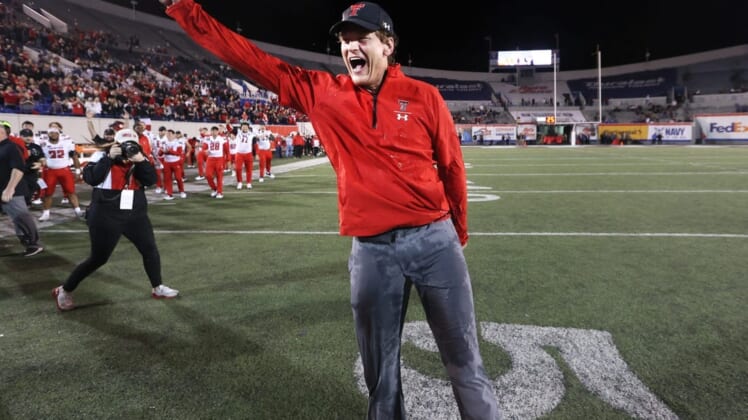 Missouri hopes its third season under head coach Eliah Drinkwitz is a breakthrough.

Louisiana Tech is making a new start under first-year coach Sonny Cumbie as it visits the Tigers on Thursday night.

Missouri was 6-7 and 3-5 in the SEC last season after going 5-5 in Drinkwitz’s first season in 2020. Drinkwitz brought in 19 transfers and a second consecutive highly regarded freshman class to boost the roster.

“Although we’ve had changes in both staff and players,” Drinkwitz said, “there is a continuity to our program, there’s a foundation to the program.”

“We will be improved on defense,” Drinkwitz said.

The Tigers entered preseason camp with a four-man battle to be the starting quarterback. Drinkwitz didn’t take long to make a decision, naming Brady Cook, a backup for each of the coach’s two seasons, on Aug. 9 to start the opener.

The newcomer drawing the most attention is wide receiver Luther Burden, who was ranked as the No. 3 freshman nationally in this year’s recruiting class.

Cumbie, who finished last season as interim head coach at Texas Tech and previously was offensive coordinator with the Red Raiders and TCU is going with Matthew Downing (a redshirt junior from TCU) over Parker McNeil (a redshirt senior from Texas Tech).

This is the third consecutive season that the Bulldogs, 3-9 and 2-6 in Conference USA last season, had a quarterback battle into the middle of camp.

“Quarterback is where it really starts on offense,” Cumbie said. “It is not a job that is decided by one play or one day. It is decided by consistency throughout fall camp and how they prepare and execute in live situations.”