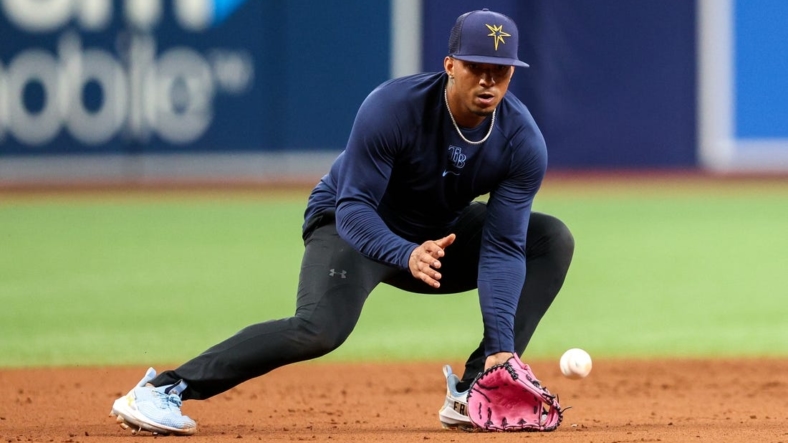 After what the team felt was an encouraging rehab stint, Tampa Bay Rays shortstop Wander Franco was activated from the 10-day injured list on Friday.

Franco suffered a fractured right hamate bone on July 9 in a game against the Cincinnati Reds and went on the injured list the following day. He underwent surgery on July 12.

Pain resurfaced after he played in a game for Triple-A Durham on Aug. 16 and he paused his rehab stint on Aug. 21 due to soreness. He rejoined the Bulls on Sunday, and the Rays’ president of baseball operations, Erik Neander, told the Tampa Bay Times that Franco would rejoin the big-league club in New York for a weekend series against the Yankees.

Franco was batting .260 with five home runs and 23 RBIs over 58 games when he was injured. He was third in American League Rookie of the Year voting last season.

In other moves, the Rays reinstated right-handed pitcher Drew Rasmussen from the paternity list, designated infielder Yu Chang for assignment and optioned right-hander Yonny Chirinos, who will move onto the team’s taxi squad.

Chang, who was on his third team this season after playing for Cleveland and Pittsburgh, was batting an improved .260 with three home runs and 12 RBIs in 36 appearances since Tampa Bay claimed him off waivers from the Pittsburgh Pirates.