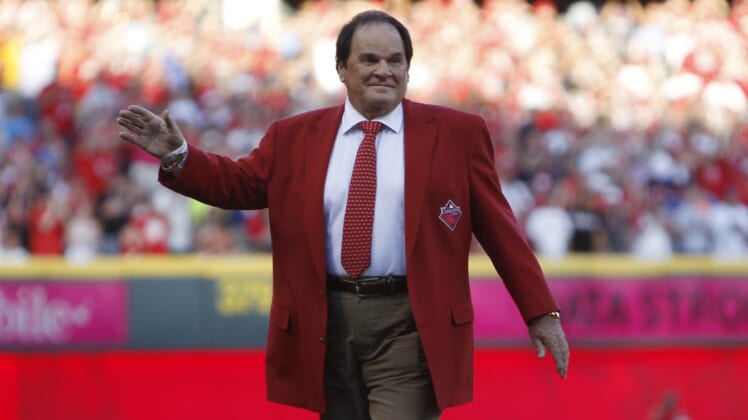 Ray Fosse was not some random scrub player.

He was a two-time All-Star, two-time Gold Glove Award winner, caught a no-hitter from Dennis Eckersley and was on two of the Oakland Athletics’ three straight World Series championship teams in the 1970s.

Since his playing days ended, Fosse has been a long time color commentator for the Oakland Athletics.

Despite that, he’s best known for being on the wrong end of a collision with MLB’s all time Hit King at the end of the 1970 All-Star Game. Charlie Hustle took a few moments on a World Series conference call to remind everyone of this.

“If I hadn’t run into Ray Fosse, you wouldn’t know who the hell Ray Fosse is,” he said, per Michael McCarthy.

That’s certainly an interesting take. Fosse was not a bad player, but plenty of players who made All-Star Games are long forgotten 40+ years after the fact, especially outside of their home markets.

It’s undeniable that the collision with the Hit King helped make Fosse famous. It also contributed to the already well established Charlie Hustle moniker that we all know today.

While Charlie Hustle certainly could have made the point a little more artfully, we can’t say that he’s entirely wrong, either.

The Hit King will be seeing a lot of one of Fosse’s former teams, the Cleveland Indians, when they take on the Chicago Cubs in the 2016 World Series.