Ray Allen will be invited to Celtics’ championship reunion vacation 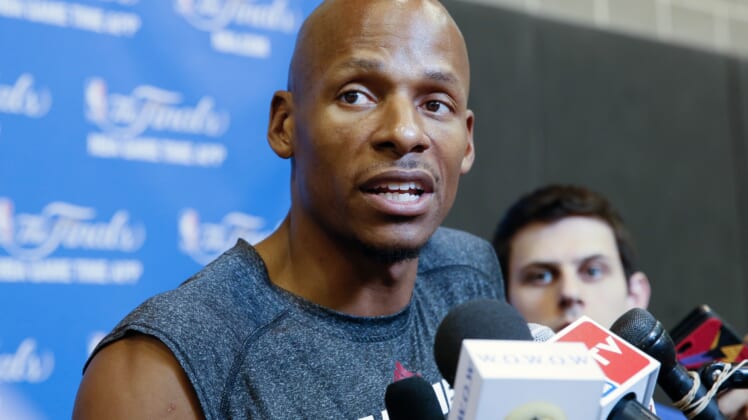 Ray Allen fell out of good graces with Boston Celtics teammates when he left the franchise to join LeBron James and the Miami Heat. But fear not! All is well again.

Gary Washburn of the Boston Globe reports former C’s point guard Rajon Rondo said “everybody” will be invited to the reunion vacation for the 2008 team that won an NBA championship.

Initially, it appeared that wouldn’t be the case.

In 2017, the team planned to exclude Allen from the gathering. According to Marc J. Spears of The Undefeated, that was because — as a former player told him — “Ray left. He left to the enemy.”

Allen was a key member of that championship roster, which also featured Paul Pierce and Kevin Garnett along with Rondo. But the sharpshooter went to the Miami Heat.

The Celtics lost to LeBron James and the Heat in the 2011 Eastern Conference Semifinals and 2012 Eastern Conference Finals. Allen experienced both of those shortcomings before bolting to Miami, where he celebrated an NBA title in 2013.

But time has passed, and the wound has healed. The 2008 Celtics can be a happy, championship-winning family again.