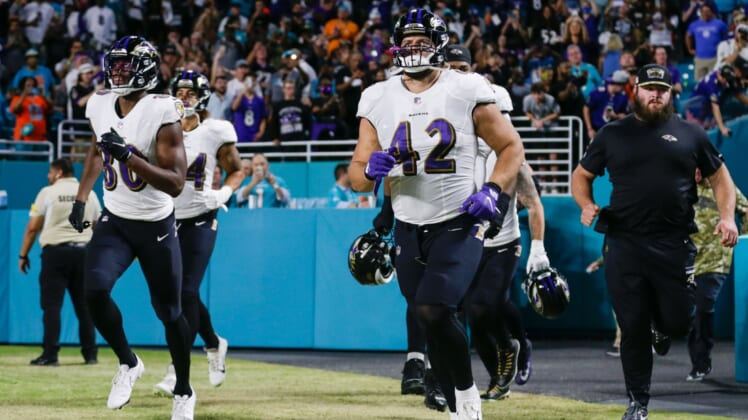 The loss of Ricard is a blow for Baltimore’s pass protection as it enters Sunday’s regular-season finale against the Pittsburgh Steelers.

Steelers star linebacker T.J. Watt has 21.5 sacks this season, one shy of the official NFL mark held by Michael Strahan (2001).

Also, tight end Nick Boyle, another solid blocker, was placed on the COVID-19 list on Thursday.

Backup Tyler Huntley (illness) was a full practice participant for the second straight day and may be in line to start the pivotal game.

The Steelers (8-7-1) and Ravens (8-8) are on the outside of the AFC playoff race. The winner of the contest will need help from multiple teams to sneak into the postseason field.