Ravens look for LT help with top two out 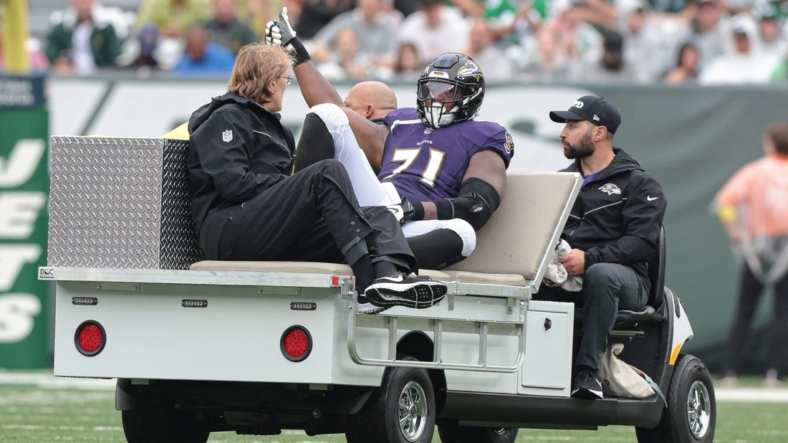 Baltimore Ravens left tackle Ja’Wuan James tore his Achilles in Sunday’s win over the New York Jets, and there is no backup plan at the ready.

James, who moved from right tackle for Week 1 with starter Ronnie Stanley not considered game-ready for conditioning reasons, is a former first-round pick who previously tore his Achilles on the same leg.

“James has a torn Achilles; it’s the same one. It’s a little bit of a different tear; it’s off the bone,” Ravens coach John Harbaugh said. “It’s not the one that is mid-tendon. So, he’s determined, and he says he’s in a way better place than he was last time, and he’s determined to come back in time.”

Patrick Mekari, in his fourth NFL season out of Cal, is typically an interior lineman but moved to the blindside of quarterback Lamar Jackson following James’ injury.

Stanley played only in Week 1 last season before opting for another ankle surgery that ended his season. He worked out with the team in a limited capacity three times last week before being downgraded to doubtful on Friday.

Harbaugh indicated getting Stanley into peak condition would be a priority before he takes the field.

The Ravens face the Miami Dolphins on Sunday.