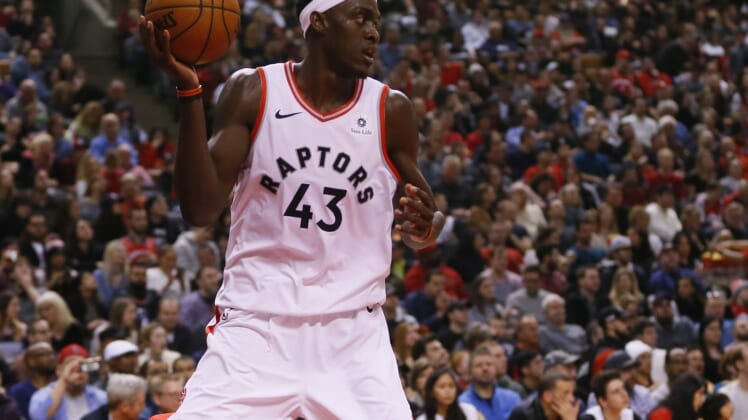 The Toronto Raptors might be facing an uphill climb against the Golden State Warriors in the 2019 NBA Finals.

But this team clearly has the support of all of Canada as it looks to become the first foreign team to earn the championship. That includes an amazing six-year old girl drawing a picture for up-and-coming Raptors star Pascal Siakam.

Check it out here with Siakam responding in kind.

That’s just all sorts of amazing right there.

Siakam, 25, has been a godsend for the Raptors during their playoff run. He’s averaging 18.7 points and 7.0 rebounds. He’s also gained a pretty awesome young fan in the process.

Game 1 between the Raptors and Warriors tips off in Toronto Thursday evening.