Raptors head coach not interested in talking about odds 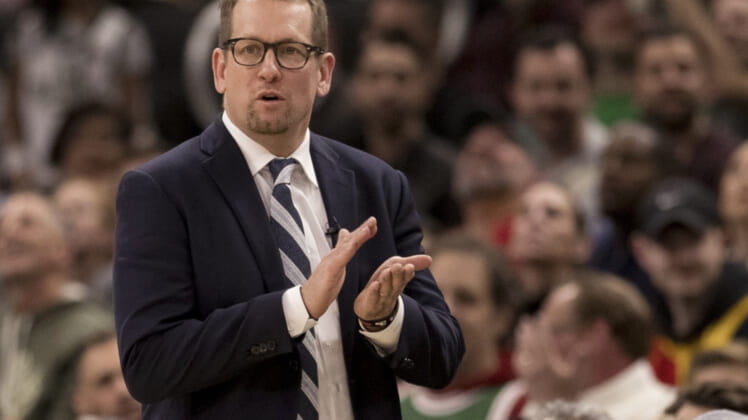 The Toronto Raptors were absolutely blown out by the Milwaukee Bucks in Game 2 of the Eastern Conference Finals Friday night.

Toronto now finds itself down 2-0 in the series heading home for Game 3 on Sunday. Teams that win the first two games of a conference finals series move on to the championship round a resounding 94% of the time.

“I don’t really give a crap about that. I just want our team to come play their ass off [Sunday night] and get one game and it changes the series.”

More than being down 2-0, the issue for Toronto has been a lack of performance from the role players. That includes a future Hall of Famer in Marc Gasol who is averaging just 4.0 points on 15% shooting from the field through two games.

The Raptors are obviously in must-win mode. No team has ever come back from down 3-0 in an NBA Playoff series to win.