Raptors HC on Pascal Siakam: ‘He hasn’t been very smart’ 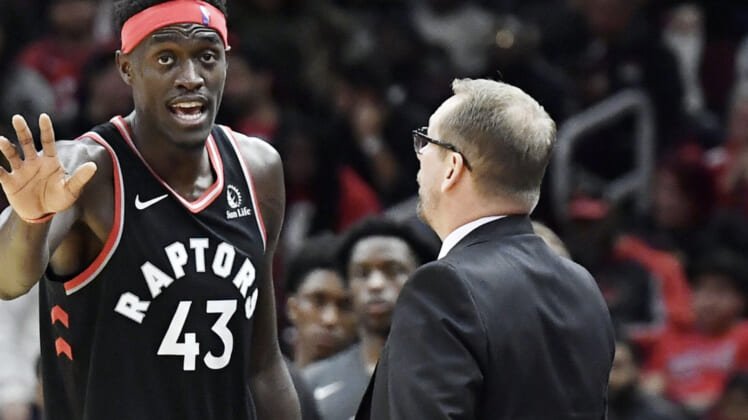 The Toronto Raptors are relying on up-and-comer Pascal Siakam to fill most of the void left by the departure of reigning NBA Finals MVP Kawhi Leonard.

Through six games, the recently-extended forward has done just that. Siakam is averaging a whopping 26.0 points to go with 8.5 rebounds and 3.3 assists per game.

Unfortunately, Siakam has found himself in foul trouble through the early part of the season. Raptors head coach Nick Nurse is having none of it, and just recently called Siakam out in a big way.

Those are some really strong words right there from the player-friendly head coach.

Nurse is not wrong. Despite his eye-opening numbers, Siakam is averaging 4.5 fouls per game. He’s been limited to less than 34 minutes per game and has fouled out two times in six outings. That included a loss to the Milwaukee Bucks this past weekend.

At 4-2 on the season, the defending champs are playing good basketball. However, the margin for error just isn’t there without Leonard in the mix.