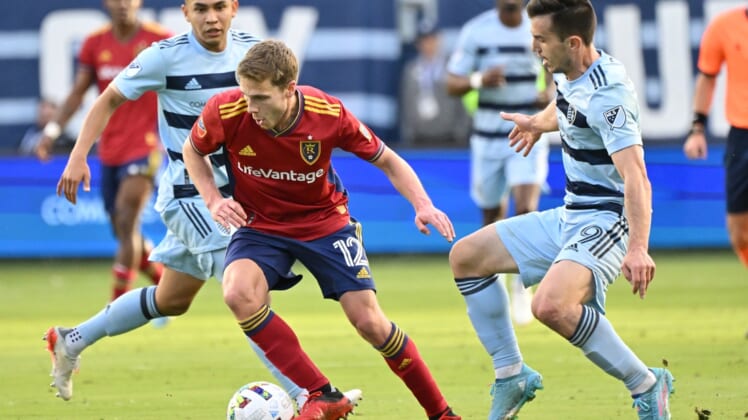 Something has to give when Real Salt Lake battles the Colorado Rapids on Saturday in a key early-season Western Conference match at Commerce City, Colo.

Real Salt Lake has dominated the Rapids in the Rocky Mountain Cup in recent years, going 15-5-2 in the past 22 meetings.

The Rapids (2-1-1, 7 points) have been MLS’s best home team over the end of last year and the beginning of the 2022 campaign, winning their past four on their own pitch and going 18 consecutive home matches without a loss (11 wins, seven draws).

Colorado’s latest run is the longest active streak in MLS. A win or a draw on Saturday would allow the Rapids to tie a club-record home unbeaten streak that ran from March 2016 to March 2017.

“This is a really interesting rivalry,” Rapids coach Robin Fraser said “Wherever we play them, whether it’s here or there, it’s always a real fight. It’s good to be playing the first one at home and have the attempt to get a leg up. We know that that’s what it takes to compete with them and to be able to ultimately come out on top.”

Colorado’s most recent match was a 1-1 draw at Houston on March 19 that ran the Rapids’ unbeaten streak to three matches.

Real Salt Lake heads to the Denver suburbs after a 1-0 loss at Sporting Kansas City on Saturday when they put just two shots on goal. RSL (3-1-1, 10 points) has lost consecutive contests just once in its past 21 matches.

“I have never seen anything like this,” RSL coach Pablo Mastroeni said of the injuries on his squad. “We are going to have to come up with something and throw whatever we can at it. You can make all the excuses you want, but the other teams don’t really care to hear it — they’re going to put their best out.”