As we approach free agency and the draft, some NFL coaches that were on thin ice last year will be facing some hot seats in 2018. Like it or not.

Poor player management and play-calling decisions were hugely to blame, and ultimately led to many frustrating losses. Yet for whatever the reason, these head coaches survived the chopping block, despite major fan anger and backlash.

Here are the seven worst NFL head coaches who, in more ways than one, botched things up big last year but are still alive and kicking…for now.

There was some talk of Joseph potentially getting fired late last December. But he was cut a bit of a break after finishing just his first year as the Broncos head coach. It did not help that the Broncos brass left Joseph with a nightmare at the quarterback position when they signed him on. Although, Broncos fans don’t care about excuses, and a 5-11 last-place finish in the AFC West was an embarrassing slap in the face.

We saw a myriad of benching and injuries plague Trevor Siemian, Brock Osweiler and Paxton Lynch. And, the bottom line was Denver’s offense on Joseph’s watch averaged just 18.1 points per game. The Broncos also missed the postseason for the second year in a row. It will be up to general manager John Elway to put his money where his mouth is and get a better quarterback for Joseph’s staff to work with in 2018. 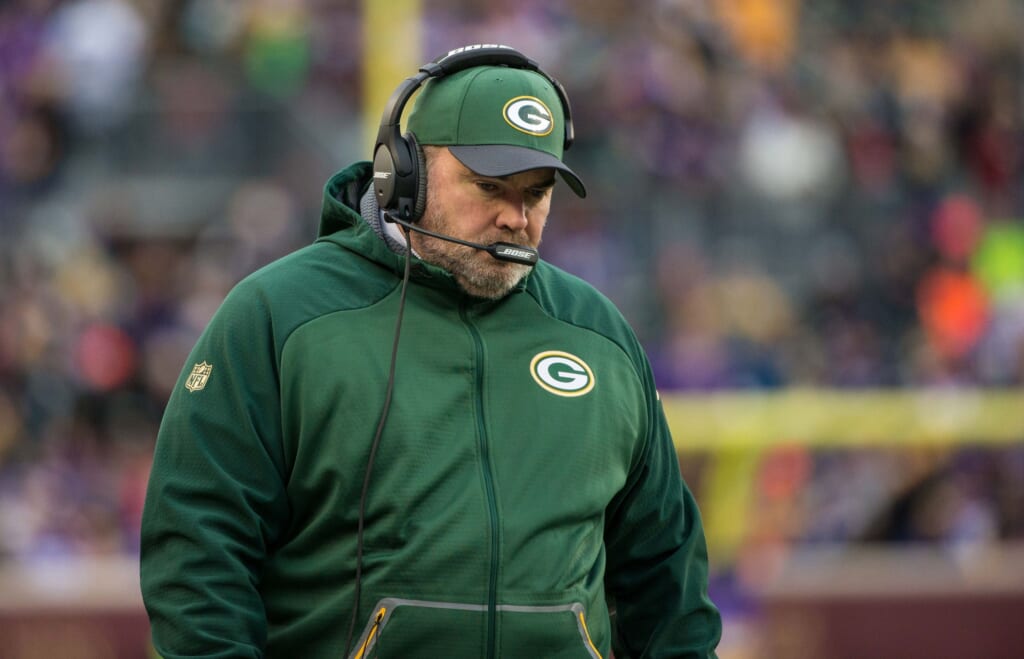 Despite a 7-9 season and missing the playoffs, the Packers signed McCarthy to an extension that takes him through 2019. He will be on watch though this year as he continues to call plays on an offense that proved it could not survive without quarterback Aaron Rodgers. And speaking of Rodgers, it was a poor decision to risk his health rushing to start him in Week 15 last December. He was clearly not at 100 percent, had a poor performance, and the Packers still lost.

After a bad season ending, many coaches were fired. This would also include the team firing quarterbacks coach Alex Van Pelt, which rubbed Rodgers the wrong way as he said he was not ever consulted.

The Packers disappointed their fans and finished 26th in total points allowed (24) versus the 20 they earned. Another floundering season in 2018 would only leave those left standing to point the finger at McCarthy, once and for all.

No team enjoys a 6-10 finish, especially when two losses were complete shutouts. That is a bad stat to carry, and Gase will certainly be on the hot seat once 2018 kicks off.

We would hope a healthy return of quarterback Ryan Tannehill will help Gase successfully coach a team that he lost control of last year. From rants about getting rid of players who don’t do their jobs to defending failed and violent plays, Gase turned heads in a negative way. There was even a point last season when Gase had to call out his team for “not studying their assignments.”

The end result was a season that saw the Dolphins earn 281 points versus the 393 they gave up. Both of these numbers marked the worst in the AFC East.

Any time a season ends and a team decides a head coach’s job “is safe” there must have been some bumps along to the way. Gruden’s Redskins finished third in NFC East for the second year in a row. This was also after he took over the play-calling duties in 2017.

The team unfortunately battled through some injuries, but also made some head-scratching choices in last year’s free agency. Over-paying players such as Terrelle Pryor and breaking the bank for disgruntled cornerback Josh Norman stand out as some recent questionable decisions. And, the Kirk Cousins chaos takes the cake. Gruden was part of the team’s decision to give up on Cousins and trade for Alex Smith.

We will see if the pastures are any greener in 2018 when Gruden works with his new quarterback. 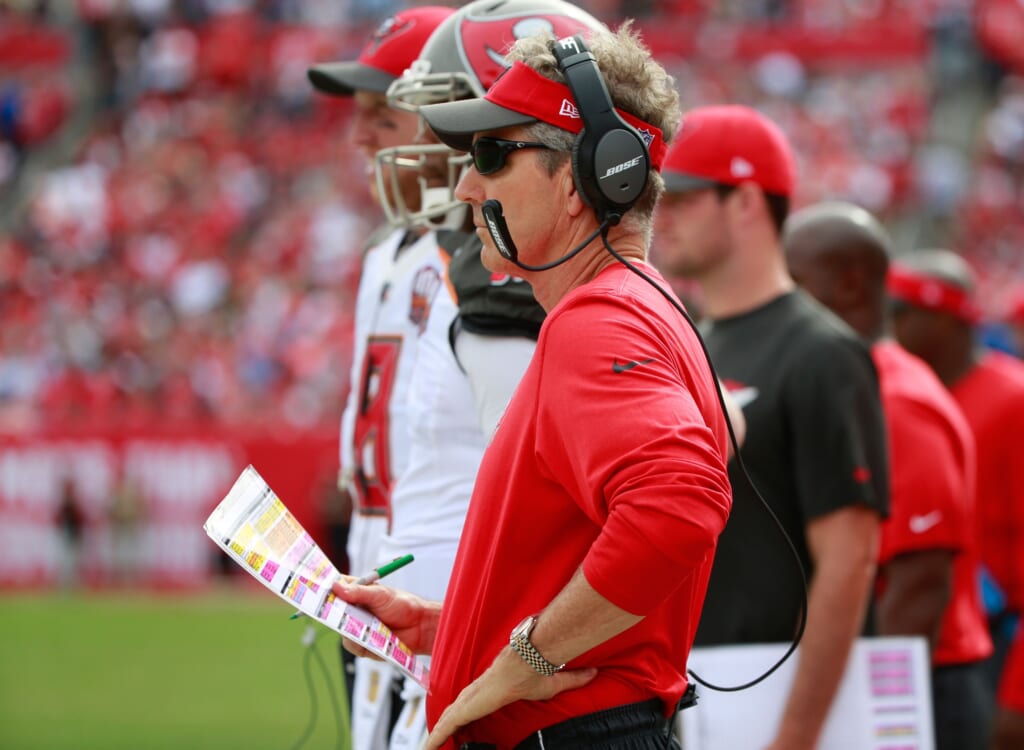 The NFC South is a competitive division and the Buccaneers finished back in last place after a second-place run in 2016. On offense, the team floundered. While it gained the ninth-most yards, it averaged only 20.9 points per game. One of the biggest challenges for the Bucs was the regression and injuries to quarterback Jameis Winston. His touchdowns dropped to only 19 from from 28 in 2016.

Defensively, the Bucs were a disaster, giving up the most total yards (378.1) on average per game on the season.

After a poor campaign, it was rumored the Buccaneers might try to lure in now Raiders coach, Jon Gruden. But ultimately, the Bucs decided to keep Koetter, who actually called out Gruden. Another bad season won’t bode well for Koetter in 2018.

How Lewis remains employed in Cincinnati is one of the biggest NFL mysteries to date. But a surge in late-season wins last year convinced owner Mike Brown that the Bengals will “quickly rebound” under Lewis. This doesn’t mean that Bengals fans and the general public are convinced, though.

After 15 seasons with Lewis at the helm, the team cannot get past the Wild Card Round. But, even more disturbing is the Bengals have missed the playoffs altogether for two years in a row now. This last season saw the Bengals rank 31st in rushing after going out on a limb to draft Joe Mixon last year. In passing, quarterback Andy Dalton had some horrific performances and struggled to accurately connect with Pro Bowl receiver, A.J. Green.

It would seem getting to the playoffs in 2018 would be a must to save Lewis’ job in 2019. But then again, we are probably thinking too logically here.

Winner, winner, chicken dinner? Not so much.

Jackson has coached the Browns since 2016 and has only one win on record. He completely botched his dealings with rookie DeShone Kizer by benching and then re-starting him multiple times. Mid-season, Jackson then attempted to make a trade for Cincinnati Bengals quarterback A.J. McCarron that backfired big time.

About as anemic as an offense can get, Cleveland scored a league-low 14.6 points on average per tilt. Meanwhile, defensive coordinator Gregg Williams, hired by Jackson, led a defense that gave up a staggering 25.6 points each week. Jackson survived the terrible season, and owner Jimmy Haslam wound up firing executive vice president Sashi Brown.

Fast forward a few months, and the NFL Draft is quickly approaching. Per the usual, the Browns are loaded with draft picks, including No. 1 and No. 4. But, will Jackson and the Browns’ brass blow it again and pass on another potential franchise quarterback? Stay tuned.