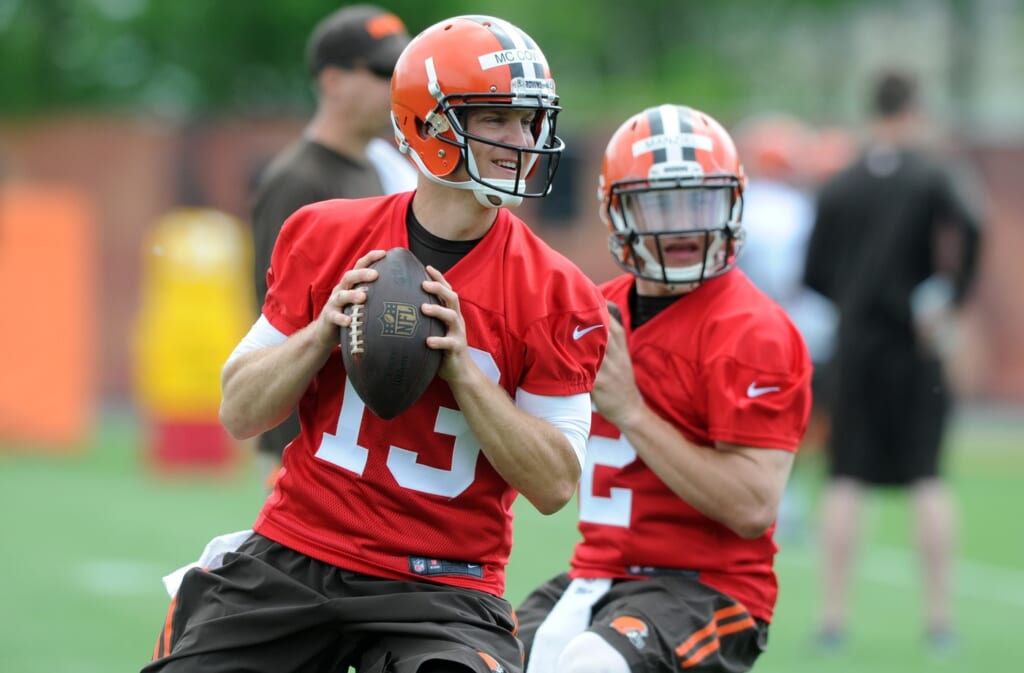 You can cross out Johnny Manziel and add Josh McCown to this travesty of a jersey, which represents the unbelievable run of bad choices made by Cleveland’s brass at the quarterback position over the past two decades.

And, just to prove how much the football gods are against Cleveland ever winning again, Manziel is now dealing with chronic elbow issues stemming from an unorthodox throwing motion. He’s missing the final two preseason games this year due to the issue, meaning McCown is completely in charge of the offense this year unless/until he gets hurt.

It’s been two decades since Cleveland won a playoff game, and the way things are going, it might be another two before this curse is lifted.

Making matters worse, the front office of the Browns isn’t exactly on the level. Ray Farmer won’t be attending the first four games of the upcoming season because he was texting plays to the coaching staff last year.

Maybe just let the coaches coach this time around, eh?