The most important week of the college football season has arrived, and a handful of the eight conference championship games will help decide which teams keep their dream of a national championship alive.

From the Conference USA to the Mountain West Conference to the vaunted SEC, there’s plenty of competitive showdowns on the slate.

Factors used in compiling the rankings are impact on the College Football Playoff and New Year’s Six bowls as well as watchability. 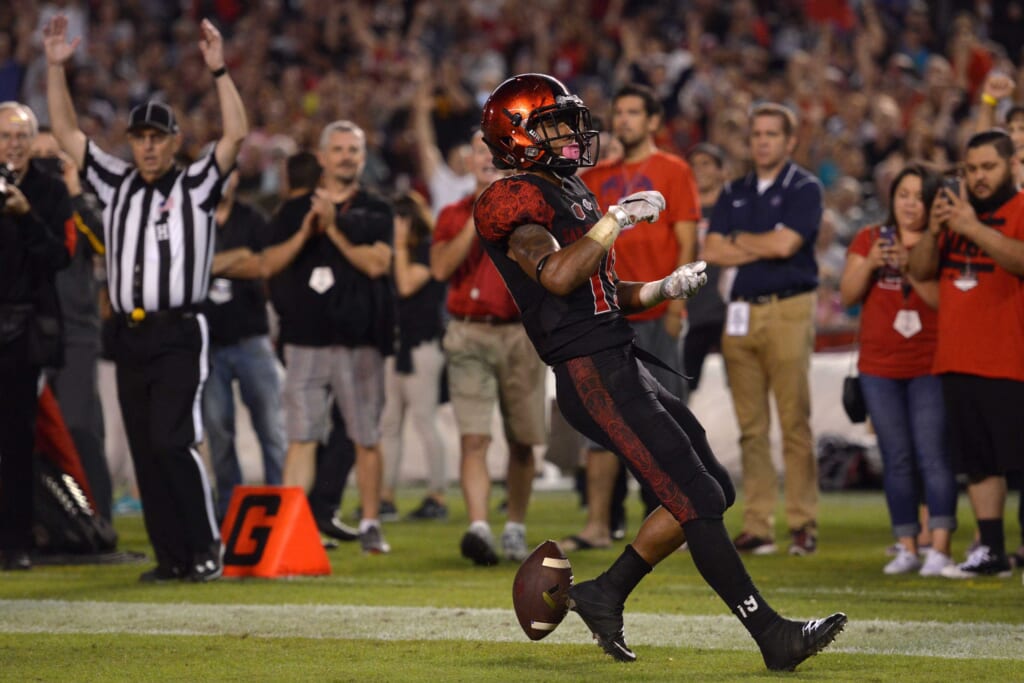 If you’re a fan of triple-option offenses, Air Force will put on a show. Plus, San Diego State boasts Donnel Pumphrey, who has 1,797 combined rushing and receiving yards to go with 18 total touchdowns.

Unfortunately for the Mountain West, the eventual champion probably already knows its postseason destination. Air Force should be headed to the Armed Forces Bowl, because duh. San Diego State is likely going to the Poinsettia Bowl since it’s in San Diego.

The game itself will be fine, but there’s no significant impact. 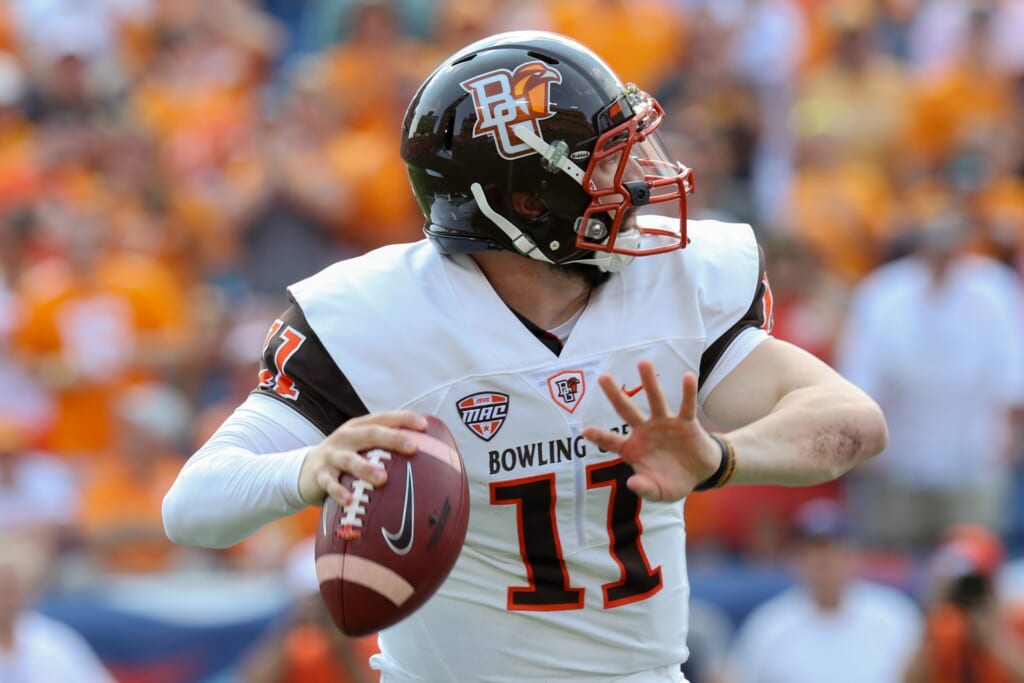 Whenever Matt Johnson and Co. steps onto the field, points will not be at a premium. Considering Northern Illinois can be picked apart through the air, Bowling Green is a healthy favorite heading into the Mid-American Conference title clash.

Joel Bouagnon and Jordan Huff are intriguing combo in the NIU backfield, and the duo should find plenty of running lanes against a suspect Falcons defense. However, keeping the nation’s No. 4 scoring offense in check will be a massive challenge for the Huskies.

No matter what happens, though, neither program is a significant factor in the polls. The prize for hoisting the MAC trophy isn’t particularly notable for the national picture. 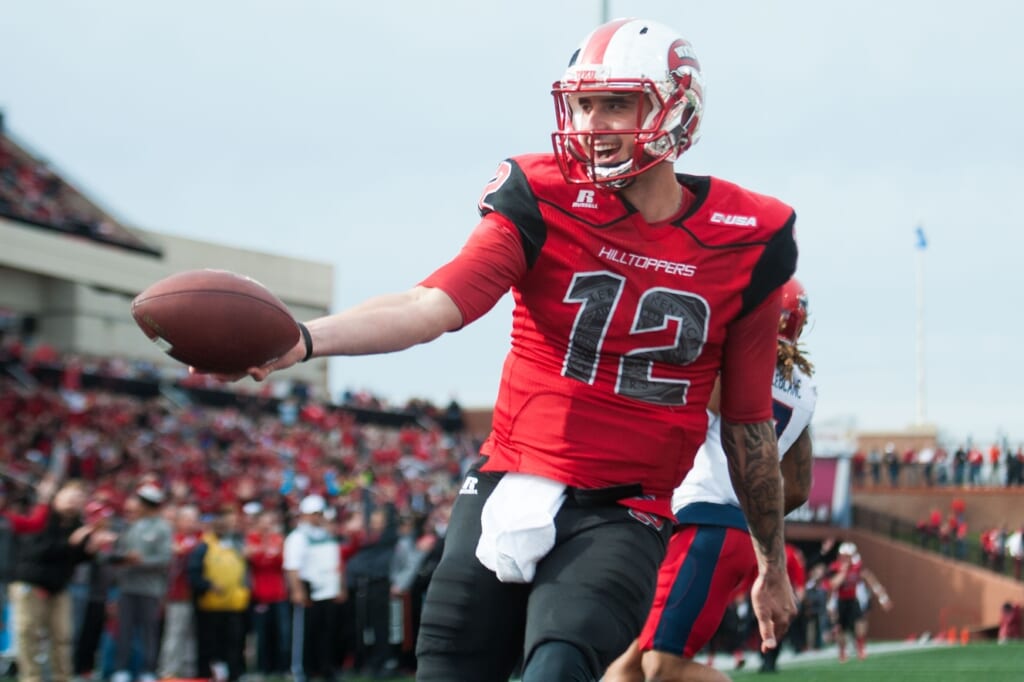 Southern Miss is one of 2015’s best stories. After winning just four total games between 2012 and 2014—including an 0-12 season three years ago—the Golden Eagles have ascended to the brink of a Conference USA title.

But that dream could die at the hands of Western Kentucky, an equally prolific offense and a program seeking its first-ever conference championship at the Football Bowl Subdivision level.

Western Kentucky has an extremely improbable yet slightly possible chance to earn a bid to a New Year’s Six bowl, though it would take a sheer blowout to warrant consideration. Granted, both teams are more likely bound for postseason contests against respectable opponents. 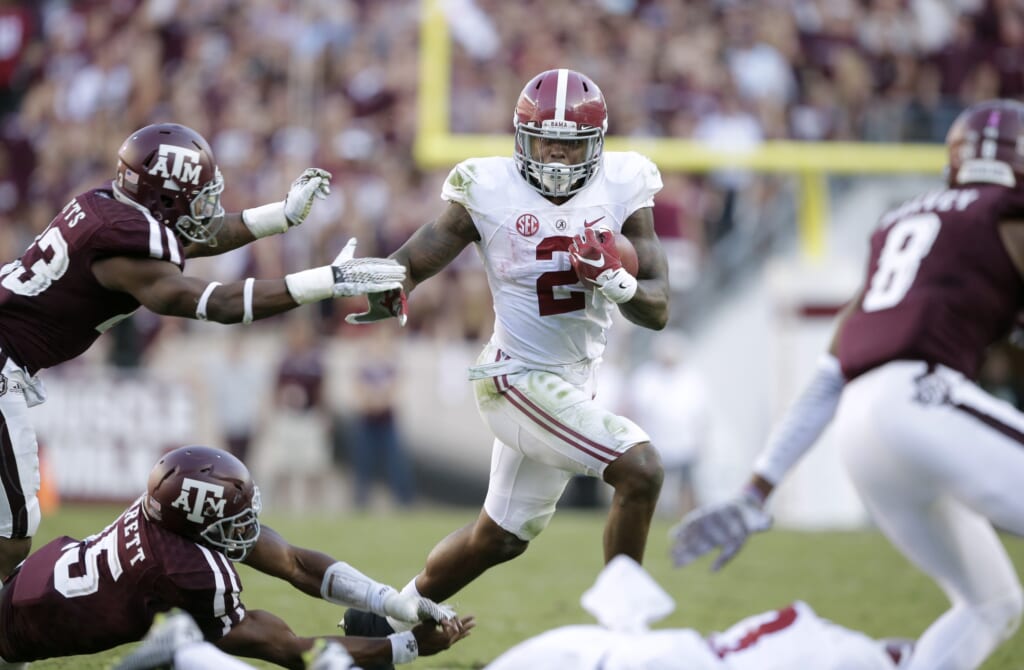 Though the SEC Championship Game matters to Alabama, this could be ugly, you guys. Will Florida score? Is that possible? Seriously, the saving grace is the second-ranked Crimson Tide need this victory to secure a place in the College Football Playoff. Otherwise, WKU and Southern Miss would hold this spot.

Sorry, Gators fans. Your offense is a complete disaster without Will Grier under center. Treon Harris and Co. failed to score against rival Florida State last week, and Alabama has a better defense.

The Crimson Tide are destined for the College Football Playoff, while Ole Miss will probably jump Florida for a New Year’s Six selection, relegating the Gators to a tough Big Ten opponent—perhaps Michigan—in the Citrus Bowl. 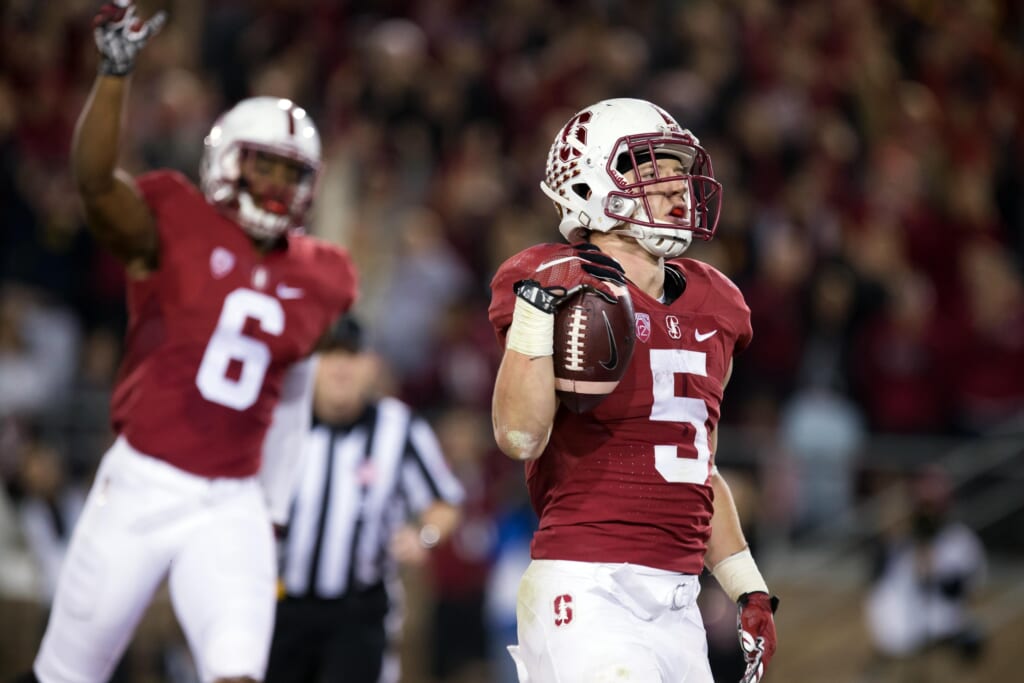 The only rematch during conference championship week is Stanford vs. USC. That’s not a bad deal.

During September, the Cardinal toppled the Trojans 41-31, but that was the second-to-last game for Steve Sarkisian. Clay Helton is now permanently at the helm of a USC squad looking for payback, though the defense must stop potential all-purpose All-American Christian McCaffrey.

If madness happens around the slate, Stanford could sneak into the College Football Playoff. More realistically, the Pac-12 champion will take on Ohio State in the Rose Bowl. 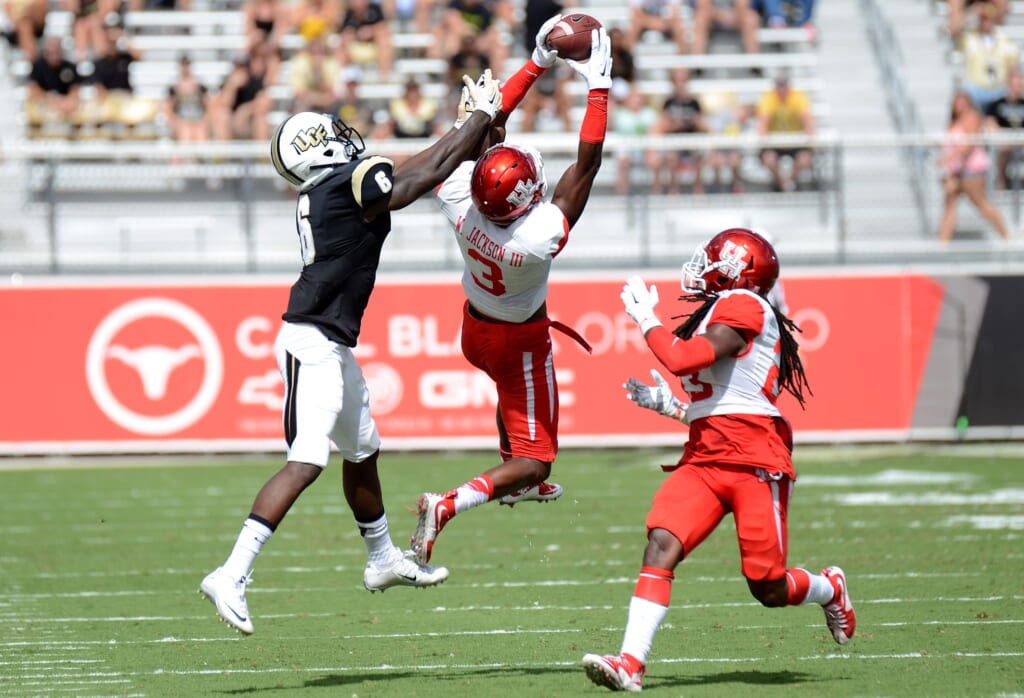 One particular Group of Five league has demanded some respect, and the final week will determine which team receives it.

Temple and Houston have both hovered in the back end of the Top 25, so the American Athletic Conference champion should earn the New Year’s Six slot reserved for the highest-ranked non-power conference school.

Although Temple (10-2) may have a higher standing than Houston (11-1) entering the AAC title, either program should hold off Western Kentucky in the final rankings. The reward for winning is an appearance in the Fiesta Bowl and probably a matchup against Notre Dame. 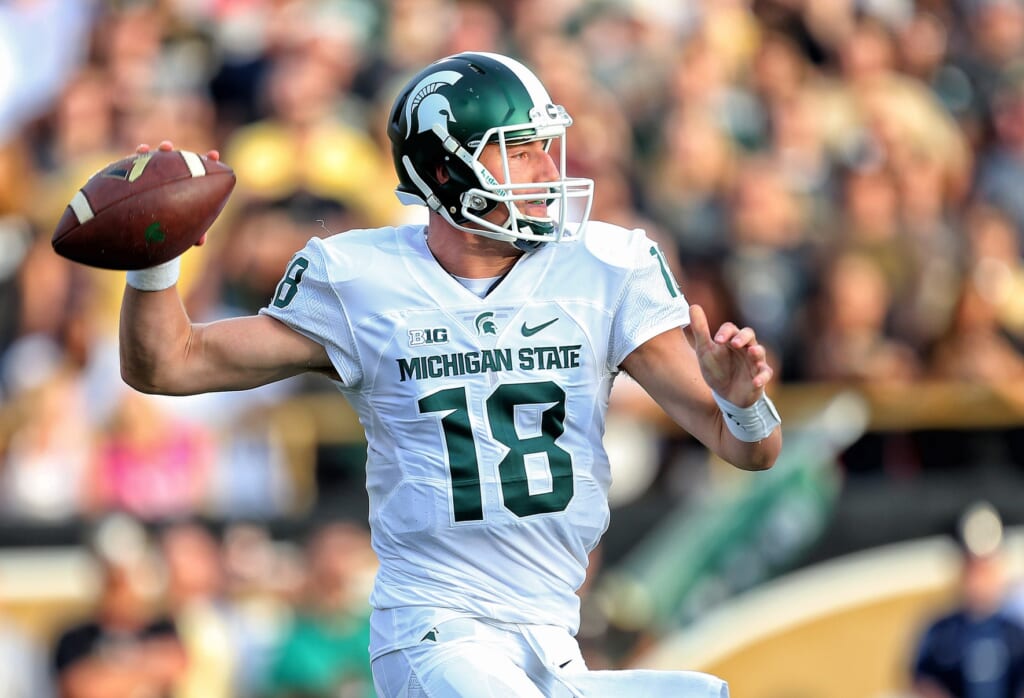 Michigan State’s lone blemish is a questionable no-call at Nebraska. Iowa is undefeated but “hasn’t proved anything” to many college football fans and analysts. It’s time to put up or shut up for both teams.

While the Spartans can prove the pair of last-second wins over Michigan and Ohio State aren’t ultimately meaningless, the Hawkeyes can silence their critics and move another step closer to a national title.

The victor of the Big Ten Championship Game will seal a place in the College Football Playoff, while the loser should grab an at-large bid for a New Year’s Six bowl. This is the only clash where that dual-result is guaranteed. 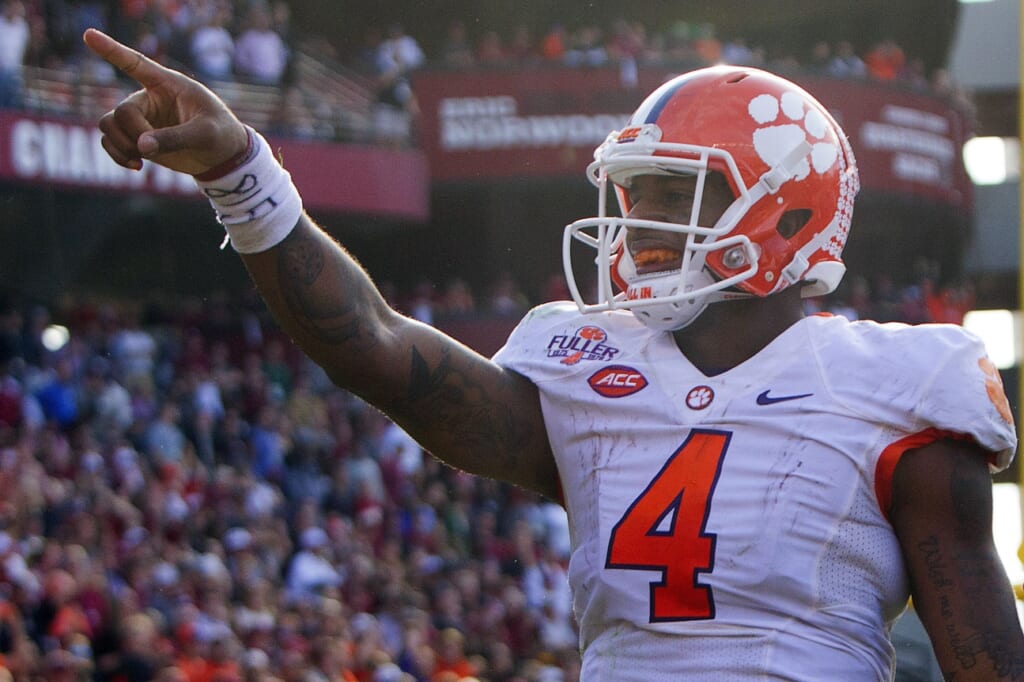 Top-ranked Clemson needs just one more triumph to lock up a College Football Playoff berth. An upstart North Carolina could dethrone Dabo Swinney’s crew and throw a major wrench into the committee’s plans.

But UNC has a problem. Would a 12-1 Tar Heels team be able to jump nearly five programs—including big brands in Ohio State and Notre Dame—to reach the top four? Though North Carolina likely punches a ticket to the Russell Athletic Bowl after a loss, a win sends the Heels to the Peach Bowl at worst.

Clemson, on the other hand, has a simple road: Win and get in. There’s no doubt a 13-0 power-conference champion is headed to the CFP, and the Tigers would deserve every bit of their inclusion.