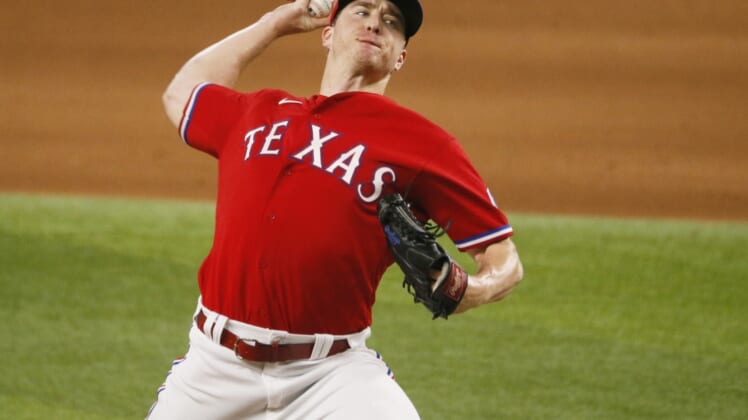 Sborz, 28, has made four appearances with the Rangers this season with an 11.25 ERA. He pitched Friday against the Los Angeles Angels, giving up two runs in one inning.

Over four major league seasons with the Los Angeles Dodgers and Rangers, Sborz is 4-4 with a 4.72 ERA in 78 relief appearances.

In 10 major league seasons with the Tampa Bay Rays, San Francisco Giants, Rangers, Philadelphia Phillies and Detroit Tigers, Moore is 56-60 with a 4.64 ERA over 205 appearances (164 starts).