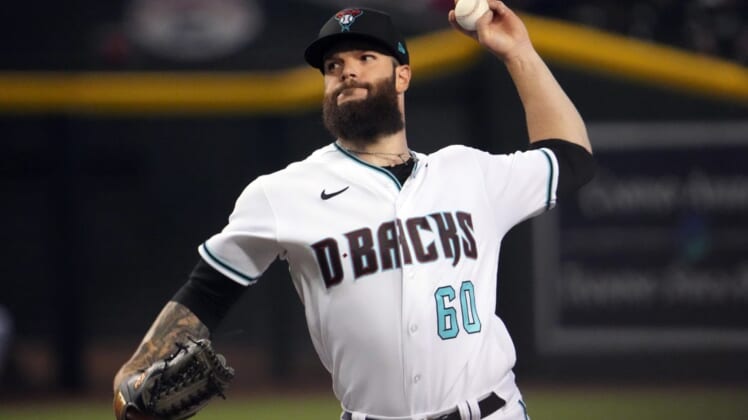 Left-hander Dallas Keuchel joined his third organization of the year when he agreed to a minor league deal with the Texas Rangers on Monday.

The 34-year-old veteran will report to Triple-A Round Rock later this week, the Rangers announced.

Keuchel, a former Cy Young Award winner, began the season with the Chicago White Sox, going 2-5 with a 7.88 ERA in eight starts before he was designated for assignment in late May and subsequently released.

He joined the Arizona farm system a week later and made his way to the Diamondbacks’ major league roster on June 26. Keuchel posted an 0-2 record and a 9.64 ERA in four starts for the Diamondbacks before they released him on Friday.

A two-time All-Star and five-time Gold Glove honoree, Keuchel was part of the Houston Astros’ 2017 World Series championship team that became infamous due to illegal sign-stealing. He played in Houston from 2012-18 before stints with the Atlanta Braves (2019), the White Sox (2020-22) and the Diamondbacks (2022).