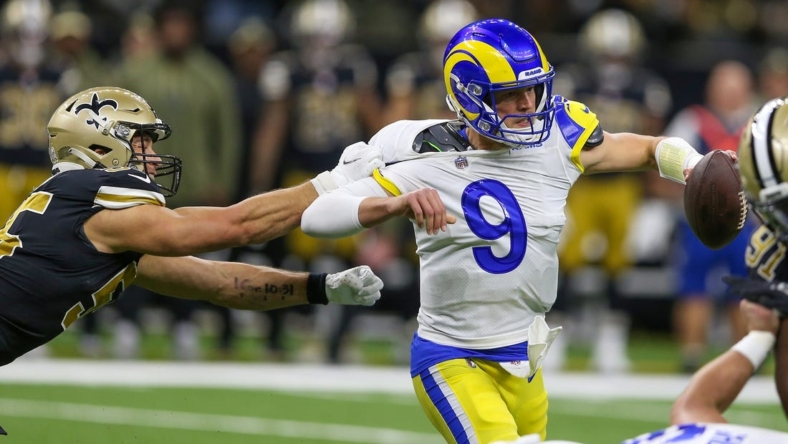 Los Angeles Rams quarterback Matthew Stafford — cleared Saturday from the concussion protocol — left in the third quarter of Sunday’s loss to the New Orleans Saints for a concussion evaluation.

Stafford came out of the game at the 9:38 mark of the quarter after being sacked for a 9-yard loss. He completed 11 of 18 passes for 159 yards and two touchdowns before being replaced by Bryce Perkins.

Stafford was placed in NFL concussion protocol after the team’s loss to Tampa Bay in Week 9.

John Wolford started in place of Stafford against the Arizona Cardinals last week, throwing for 212 yards, with a touchdown and an interception.

Entering the game, Stafford had thrown for 1,928 yards and eight touchdowns against eight interceptions this season. He had been sacked 28 times, third most in the NFL, as the team has been forced to alter the look of the offensive line.