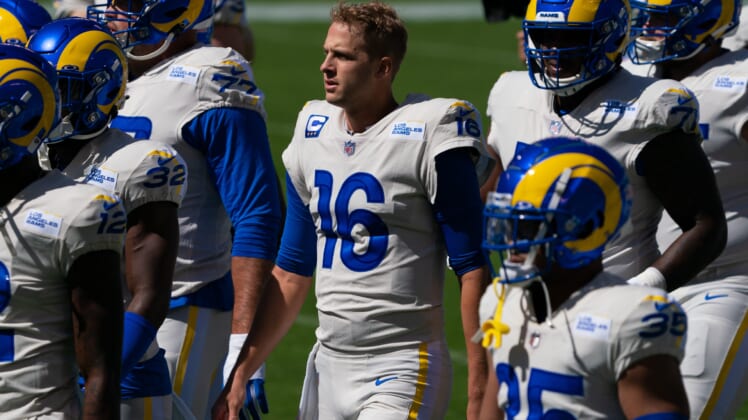 The Los Angeles Rams entered Sunday’s game against the 2-0 Buffalo Bills undefeated on the season after wins over the Dallas Cowboys and Philadelphia Eagles to open the season.

No one knows how good the Rams are at this early stage in the campaign after some major struggles last season. Sunday’s game against the Bills would be telling.

Unfortunately for Sean McVay’s squad, it’s not going swimmingly. The team was picked apart by MVP candidate Josh Allen to the tune of three total touchdowns in the first half alone.

With Buffalo up 21-3 in the third quarter, Rams quarterback Jared Goff made one of the craziest mistakes we’ve seen from a professional quarterback in some time. Looking to get jumpstarted to open the third, McVay decided to go for it on fourth down and four from the Bills 48-yard-line. In a mental mistake we’ve rarely seen, Goff actually threw the ball away.

Already under a microscope due to his lackluster play last season, Goff’s mistake led to another Bills touchdown and a 28-3 lead. Those watching the game reacted accordingly.