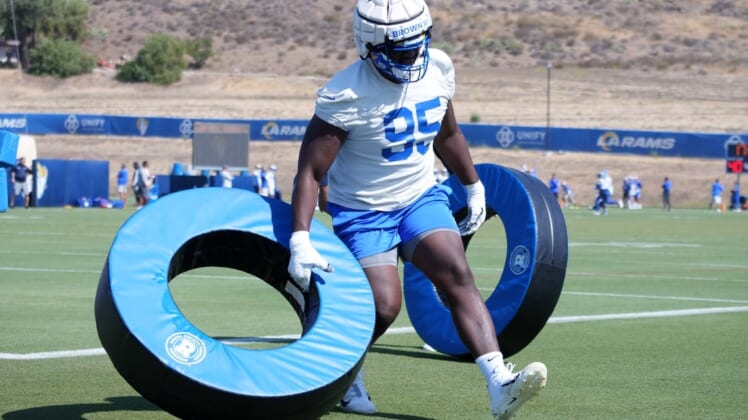 Los Angeles Rams defensive tackle Bobby Brown III was suspended by the NFL for the first six games of the 2022 season for violating the league’s policy on performance-enhancing substances.

Brown, 21, remains eligible to participate in all preseason practices and games. He will not be allowed to be on the 53-man roster for the start of the season.

Brown will be able to return to the active roster on Monday, Oct. 17, one day after the Rams’ Week 6 game against the visiting Carolina Panthers. The Rams, who have a bye in Week 7, are not back in action until hosting the San Francisco 49ers on Oct. 30.

Brown recorded one tackle while playing in 10 games during his rookie season.

He was selected by the Rams in the fourth round of the 2021 NFL Draft out of Texas A&M.