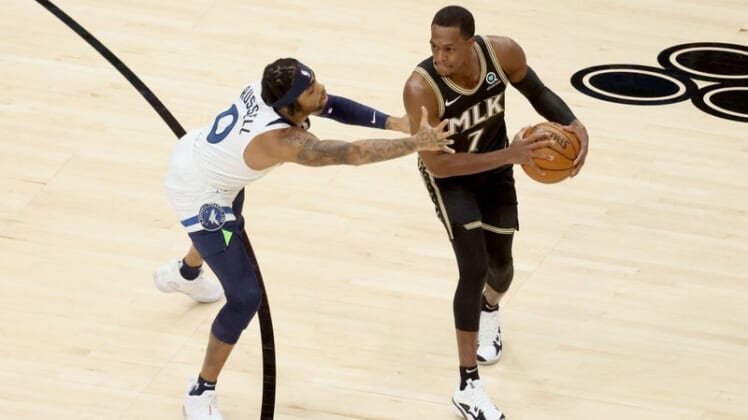 It’s not necessarily a surprise that the Los Angeles Clippers added a point guard to the mix during the NBA trade deadline on Thursday. It’s who they acquired that’s surprising.

The Clippers have been in the market for an upgrade in the backcourt with both Lou Williams and Patrick Beverley struggling through the 2020-21 season. Rondo, 35, provides a little bit of relief in this regard.

Impact of the Los Angeles Clippers trading for Rajon Rondo

Clearly past his prime, Rondo is averaging 3.9 points and 3.5 assists in less than 15 minutes of action per game this season. Atlanta signed him to be a primary backup to Trae Young. Through 27 games, the experiment just wasn’t working out.

Instead, Atlanta is going to get a score-first guard in the form of three-time NBA Sixth Man of the Year Lou Williams. The veteran averaged north of 20 points on 36% shooting from distance from 2018-20.

He’s been on a downward spiral thus far this season, leading to speculation that the Los Angeles Clippers might move him. Williams, 34, is averaging a mere 12.1 points in less than 22 minutes of action this season. However, he is shooting 38% from distance.

That’s going to be a boon for a Hawks team that’s on an upward trajectory and currently finds itself as the seventh seed in the Eastern Conference.

As for the Clippers, it seems that they wanted a ball-dominant guard to team up with Paul George and Kawhi Leonard. If nothing else, Rondo is that guy. He’s averaging an eye-opening 8.1 assists per game on the season.