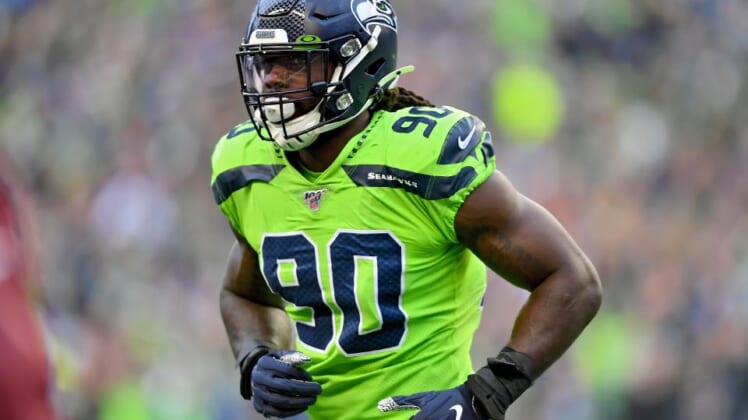 The Las Vegas Raiders have reportedly made an offer to free-agent defensive end Jadeveon Clowney but are not the highest bid the player has received, according to a report by Cecil Lammey of Denver’s 104.3 The Fan.

While there aren’t many details in the report, it states the Raiders haven’t made the highest offer to the player but that Gruden was high on signing him. That’s not a surprise as most reports of the Raiders pursuing free agents usually talks about how much Gruden “loves” the certain player.

Lammey says team sources tell him two or three other teams have also offered a deal to Jadeveon Clowney and those are higher than what the Raiders have offered. Could Nevada’s tax-friendly environment, new stadium, and state-of-the-art training facility perhaps convince Clowney to take the reported lower Las Vegas offer?

General manager Mike Mayock and coach Jon Gruden heavily pursued and ultimately signed superstar Cory Littleton away from the Rams and former Chicago Bears backer Nick Kwiatkoski. Both are expected to play starting roles, with Gruden even alluding to Kwiatkoski being a strong favorite for the defensive Mic position – something that’s been lacking since 2017 free agent signing NaVorro Bowman took the job after just three days on the team.

The team also added a big piece up front with Maliek Collins and are said to be very happy with their young EDGE rushers like Maxx Crosby and Clelin Ferrel.

Still, it’s hard to argue the team would be in much better shape (depth) if they were to add Jadeveon Clowney before heading to camp at the end of the month.

NOTE: New Las Vegas Raiders linebacker  Nick Kwiatkoski joins us this Sunday on our CBS Sports Radio show from 8-10am PT. Subscribe and join us each week for Las Vegas first and only All-Raiders talk show in the home of Raider Nation: Las Vegas.