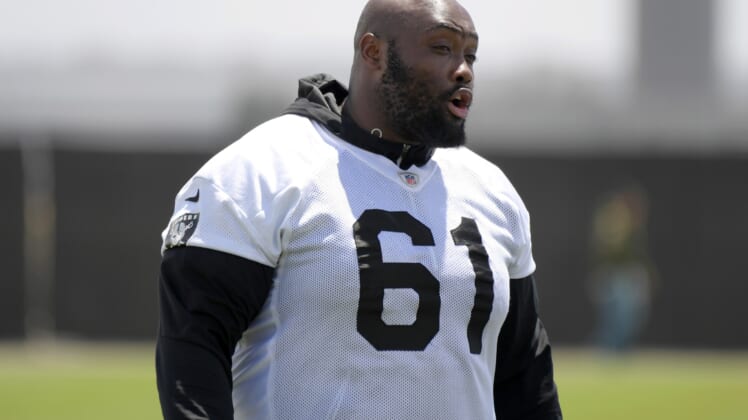 At least one member of the Oakland Raiders will not be watching his team on this season’s HBO reality series “Hard Knocks.”

In talking about whether he watched the premiere of the show Tuesday evening, two-time Pro Bowl center Rodney Hudson had a pretty frank response. “Absolutely not,” Hudson said. “Absolutely not. It ain’t my thing. Reality TV.”

Well, tell us how you really feel.

In terms of the first episode, it did provide some quote-worthy stuff. Antonio Brown’s son demanded to know where Ben Roethlisberger was in talking with his father. That was gold.

Meanwhile, head coach Jon Gruden is going to be the star of the season. That’s for darn sure.

Whether other Raiders players are interested in watching the show remains to be seen. What we do know is that ratings were pretty awesome for the season premiere Tuesday evening.