Above all else, there are two indicators for success as it relates to a rookie quarterback starting in the NFL. And unfortunately for the Oakland Raiders, they don’t meet either of these indicators. That’s a major reason why Dennis Allen and Co. dropped the ball by naming Derek Carr their starting quarterback for Week 1.

The first indicator of success is having elite talent around the young quarterback. This talent must exist on both sides of the ball in order for said quarterback to have success.

The 2012 Seattle Seahawks and Russell Wilson are prime examples of this. The former third-round pick beat out veteran Matt Flynn in training camp that year and proceeded to lead Seattle to an 11-5 record and a postseason victory. In the process, Wilson tallied an average of 24.6 pass attempts for an offense that ranked ninth in the NFL in points scored. 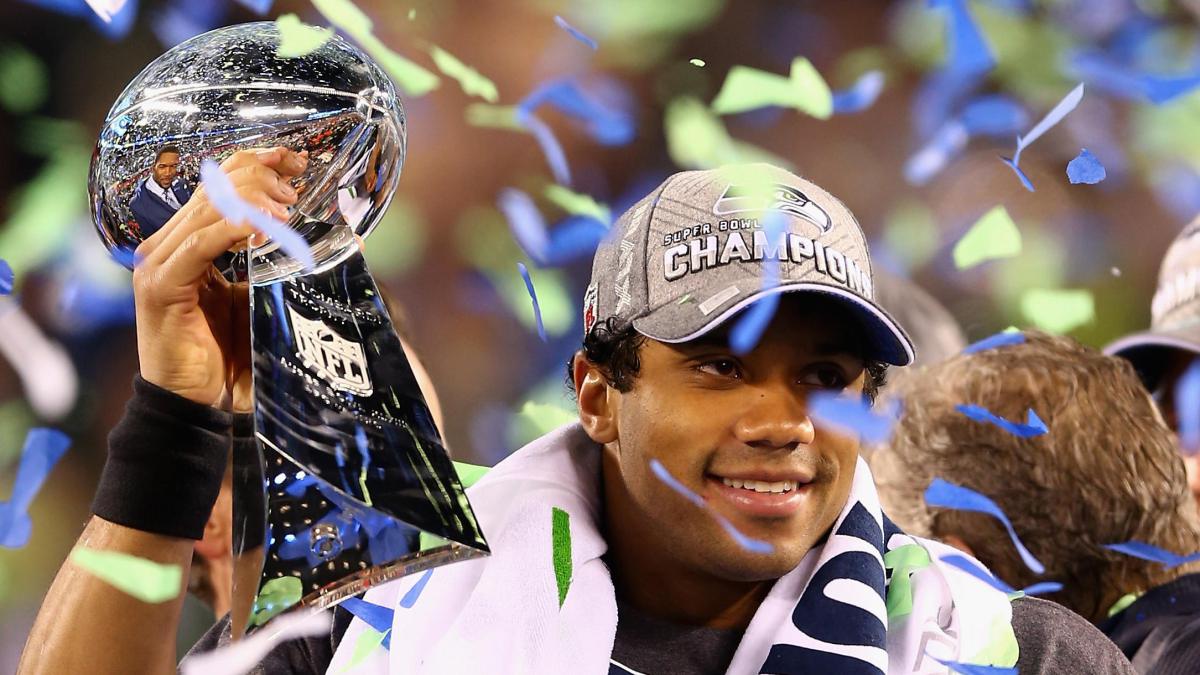 Courtesy of USA Today: It took a perfect storm for Wilson to have immediate success.

One of the reasons for Seattle’s success was Wilson’s ability to manage the game and avoid turnovers. This helped the No. 1 ranked scoring defense in the NFL dominate with a long field behind it on a consistent basis. The other primary reason for success was that Seattle had a solid ground game on offense.

While Wilson wasn’t considered a generational talent coming out of Wisconsin, the other indicator for rookie success from the quarterback position has been more widespread recently.

In no way can we consider Carr on the same level of Andrew Luck, Cam Newton or Robert Griffin III when they entered the NFL.

Which brings me to my second point here.

Generational talent and high-round draft value are indications for success early in a quarterback’s career. Luck was considered the top quarterback prospect since Peyton Manning entered the NFL late last century. And he was able to help a Colts team rebound from a 2-14 campaign to earn a postseason spot in his rookie campaign in 2012.

Taking an objective approach here, even as someone who had Carr as his fifth-ranked prospect heading into the 2014 NFL draft, he’s not going to immediately make that type of difference as a rookie. It’s just not realistic to expect a dramatic turnaround in Oakland with Carr under center as a rookie.

As to where RGIII struggled last season due to a combination of horrific coaching on the offensive side of the ball and injuries, he did put up 10 wins as a rookie for the Redskins. 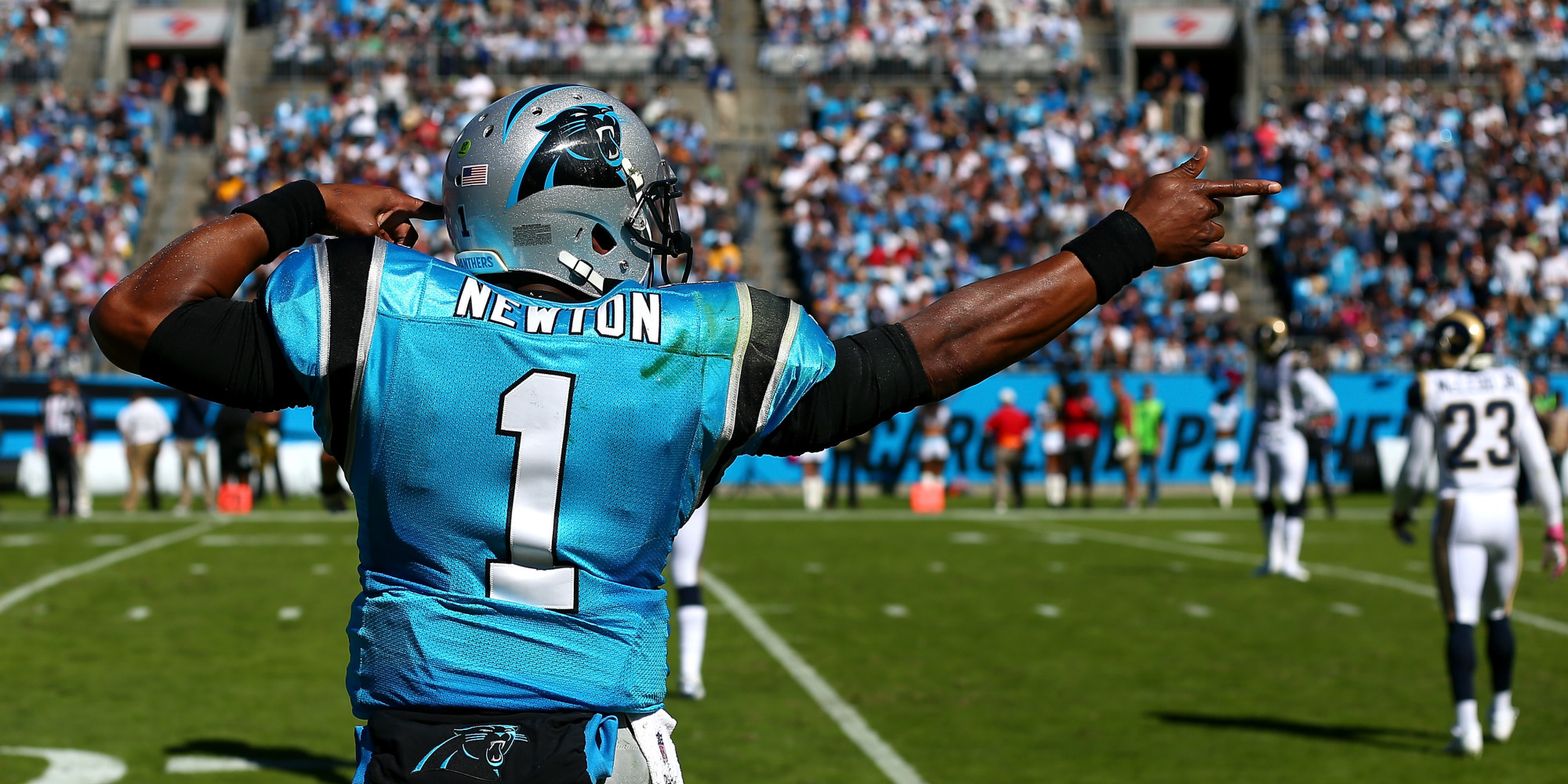 Being honest for a second. Is Carr the generational talent Newton was?

It might have taken Newton a couple years to lead the Panthers to the playoffs, but it was readily apparent from his first preseason action as a rookie that he was ready to start. Despite an awe-inspiring effort from Carr against the Seattle Seahawks in the final preseason game, he’s simply not there at this point in his career.

I understand full well the point Dennis Allen and Co. are attempting to make here. Even when healthy, Matt Schaub has proven that he’s no longer a starter-caliber quarterback in the NFL. He cannot drive the ball down the field, which enables defenses to stack the box against the likes of Darren McFadden and Maurice Jones-Drew in the ground game. This would make Oakland’s offense one dimensional for a quarterback that has proven he is mistake prone. That’s not necessarily a recipe for success in the NFL.

If Schaub wasn’t a real option heading into Week 1, why not Matt McGloin? The former undrafted free agent out of Penn State played pretty well as a rookie and was the Raiders best quarterback throughout the duration of the preseason. He’s not considered the quarterback of the future in Oakland, so throwing him to the wolves with a less-than-stellar supporting cast and offensive line wouldn’t be a big deal.

Unfortunately for the long-term health of the Raiders franchise, Carr being forced into a starting role as a rookie without a decent supporing cast could have some serious ramifications moving forward.

Courtesy of Oakland Tribune: David Carr was never given a chance to success in Houston.

We saw this with David Carr in Houston back in 2002 and Alex Smith in San Francisco a few years later. Throw a highly regarded young quarterback into the fire immediately behind a lackluster offense and the success that quarterback sees may very well be limited down the road.

Carr was sacked a ridiculous 76 times during his rookie season and was never able to rebound in Houston. As a career backup since, the former No. 1 overall pick has tallied 65 touchdowns compared to 71 interceptions for a 74.9 quarterback rating in 79 starts.

Smith’s situation was a tad different, as he was able to rebound from a disastrous first few years in the NFL to be an above-average quarterback in the NFL. But it took a long time for that to come to fruition and really is an exception to the rule. Relying on the likes of Arnaz Battle and Johnnie Morton to provide a receiving threat, Smith finished his rookie campaign with one touchdown compared to 11 interceptions. It wasn’t until the latter part of the 2010 season that his career took a turn for the better.

These are just two realistic comparisons to be drawn. There are numerous examples out there that we could get into.

Simply put, Carr isn’t being put in a situation to succeed as a rookie. And it could have a dramatic long-term effect for the quarterback. While he boasts the talent to be a Pro Bowler in the NFL, it’s all about being put in the right situation out of the gate. And that right situation would have been for the Raiders to sit Carr for his entire rookie season, while throwing a less heralded quarterback option into the fire.

After all, this is a franchise that hasn’t boasted a quarterback as talented as Carr since Rich Gannon. It simply can’t afford to mess it up.