Are The Raiders Dumb Enough To Trade For Darrelle Revis

New ownership, a new front office and a new head coach. Sometimes it doesn’t matter. It appears that the Oakland Raiders are still the very same Oakland Raiders we remember from the latter years of the Al Davis regime.

#Raiders are strong players in Darrelle Revis sweepstakes, along with Browns, according to league sources

If the days and hours leading up to free agency are an indication, fans in Oakland are in for another depressing year. The team is now said to be interested in trading for Tampa Bay Buccaneers cornerback Darrelle Revis, who is set to earn $17 million in 2014.

There are a few different things wrong with this.

1. Oakland may have the most cap room of any team in the NFL, over $60 million according to Spotrac, but that doesn’t mean it needs to spend one third of that on a single player in the defensive secondary. Let alone a player that has a history of being selfish and has been injured in each of the past two seasons.

2. Reggie McKenzie and Co. would likely have to give up their second-round pick, at the very least. We had reported that it would take just a mid rounder to acquire Revis, but that has changed with the fluidity of the situation. There seems to be somewhat of a decent market for Revis’ services. In any event, McKenzie had gone on record in the past indicating he wasn’t going to trade draft picks for veterans. The Raiders reported interest in Revis may spit in the face of this.

3. Why pay Revis $17 million while letting both Jared Veldheer and Lamarr Houston walk in free agency? The most successful teams in the recent history of the NFL have made a point of retaining their youngsters and building their core through the draft. 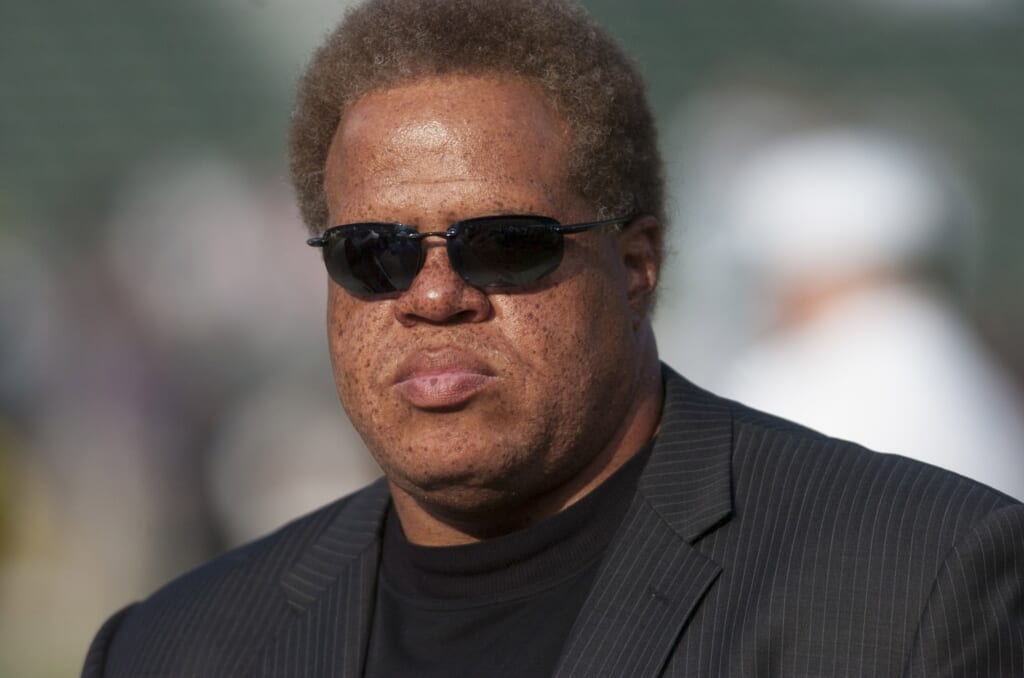 These three things make me start to wonder if McKenzie actually knows what he’s doing. He came to the Raiders from a stellar Green Bay Packers organization with a reputation for being a solid personnel guy. During his first year or so with the Raiders, McKenzie made a point of cutting the fat from their roster. It seemed that he fully understood what it meant to build from the ground up in the modern NFL.

Now, less than a year after taking those drastic measures, McKenzie is merely acting the role of those who were tasked with and failed in rebuilding this once proud franchise. Even if he’s just making a play for Revis, it’s an indication that McKenzie just doesn’t get it .

More important than that, letting Veldheer and Houston walk in free agency, while reportedly going after Rodger Safford to play left tackle…is yet another indication that this team is going nowhere fast.

Let’s just hope for the sake of fans in Northern California that McKenzie gets his head on straight at some point in the not-so-distant future. If not, this team is going to continue going nowhere fast. Trading for Darrelle Revis would be yet another example of the Oakland Raiders being dumb enough to go away from the team-building philosophy that defines the best teams in the league.