QB Bo Nix to start for No. 11 Oregon against No. 3 Georgia 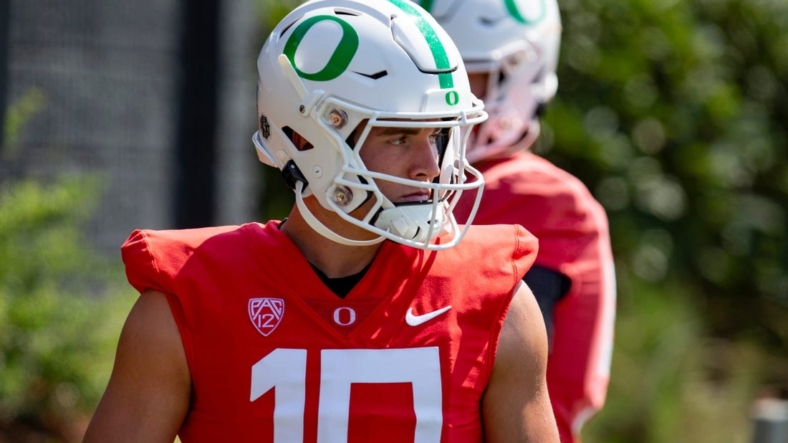 Transfer quarterback Bo Nix will start for No. 11 Oregon in Saturday’s match with No. 3 Georgia in the Chick-fil-A Kickoff in Atlanta.

Coach Dan Lanning had declined to officially announce a starter leading up to the game.

Nix, formerly of Auburn, transferred to Oregon in December. He was competing with redshirt freshman Ty Thompson for the job.

With the Tigers, Nix was 0-3 against Southeastern Conference rival Georgia.

As a three-year starter at Auburn, Nix threw for 7,251 yards with 39 touchdowns and 16 interceptions in 34 games.