Professional Sports Can, and Should, Be a Vehicle for Change in the United States

By Vincent Frank
CHARLESTON, SC – JUNE 19: NBA Houston Rockets center Dwight Howard (L) joins thousands of people for a prayer vigil for the nine victims of the Emanuel AME Church shooting at the College of Charleston TD Arena June 19, 2015 in Charleston, South Carolina. Authorities arrested Dylann Storm Roof, 21, after he allegedly attended a prayer meeting at the church for an hour before opening fire and killing three men and six women. Among the dead is the Rev. Clementa Pinckney, a state senator and a pastor at the church, the oldest black congregation in America south of Baltimore, according to the National Park Service. (Photo by Chip Somodevilla/Getty Images)

Those words were spoken by Houston Rockets center Dwight Howard after he flew into Charleston, South Carolina to meet with those most impacted by the murderous attack on nine innocent civilians inside Emanuel African Methodist Episcopal Church back on June 17.

Even for those who have in the past questioned Howard’s on-court ability, sports itself took a backseat when understanding just how much those words mean in the grand scheme of life. That could have been any of us in the church when a hate-filled young man used the very same freedoms we value to engage in an act of terror directed at the heart of American society.

As a sports journalist, I was stuck in a fog when this news broke. Should I express my opinions on social media? Do those who interact with me through that medium care about my opinions on subjects that are so much more important than what I am tasked with covering?

As I listened to Howard’s words and connected with his sentiment, something hit me. As players, fans or writers, we aren’t limited to this seemingly meaningless avenue of American society called sports. We are part of the larger American construct. When the fabric of our nation is torn apart at the seams, we must pay attention. We must understand that it’s our very existence that is being impacted. Our future. The future of our children. And the future of our children’s children.

Howard, who I have bashed numerous times as a player, helped me come to this conclusion.

Then I really got to thinking.

The idea of sports playing a role in the progression of this nation isn’t new. It has existed through even the darkest of times. When Jackie Robinson broke Major League Baseball’s color barrier back in 1947, many Americans weren’t ready for change. To some, the idea of going away from tradition was foreign. To others, racist sentiments came sprawling out from previously unspoken opinions on racial inclusion. Heck, a good number of the Brooklyn Dodgers opponents during Robinson’s first season spewed some of the most insidious comments imaginable in the direction of the young man. 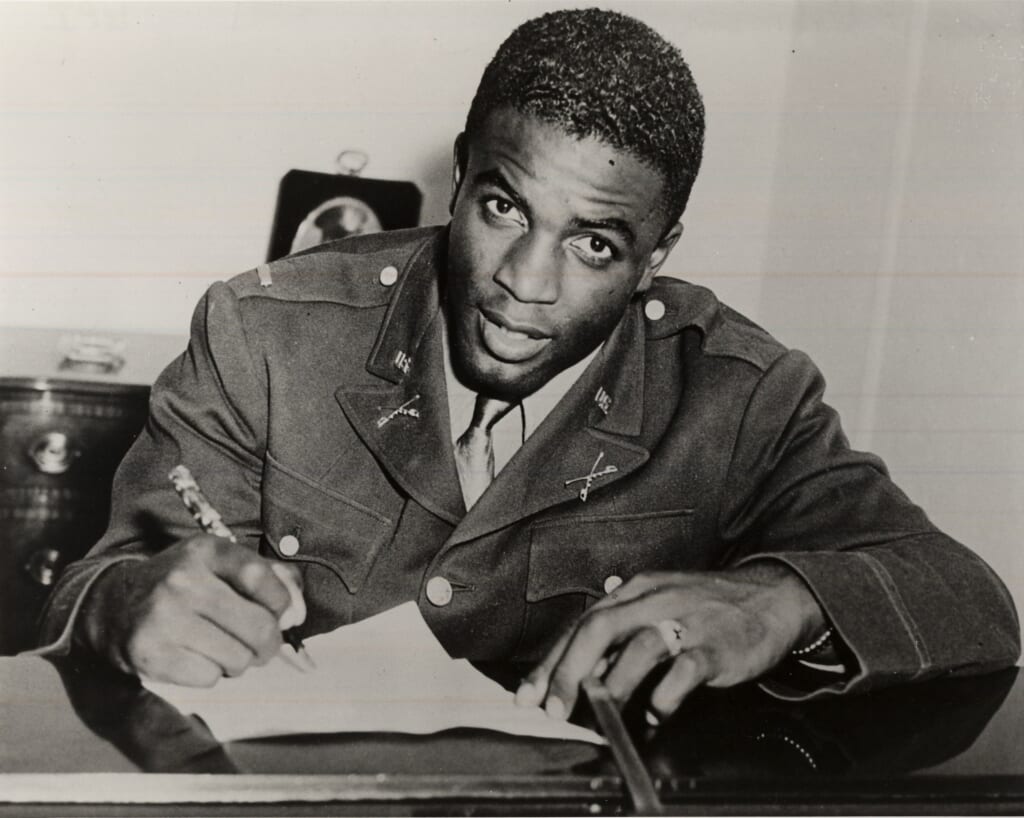 Jackie Robinson’s inclusion in MLB was a defining moment for this nation.

A specific incident during a game against the Phillies in Philadelphia during Robinson’s rookie season comes to mind. Phillies manager Ben Chapman, by that time well known for his racist mentality, attempted to get a response from the young player by hurling racist insults at him. Told to turn the other cheek by Dodgers owner Branch Rickey, Robinson did just that. However, his teammates were not as restrained. In droves, Robinson’s teammates—all white—began to orally spar with Phillies players. It was in this one instance, that Robinson became like the others. To many on the team, it was a defining moment.

For a lot of people, Robinson’s inclusion into Major League baseball was foreign. It was new. Some didn’t know how to deal with it. Heck, it made a lot of people uncomfortable. But as we have seen throughout the history of this nation, change can only occur after we get over the uncomfortable feelings. In this one instance, baseball enabled an entire generation to move forward in the process of inclusion. The idea of a black man—at a time of racial injustice—being treated equal by a whole host of star athletes created a change in our overall mentality as a nation.

A couple years before Robinson made his debut with the Dodgers, another historical situation took place around the baseball world. With numerous Major League players sent off to fight in the Pacific or Europe during World War II, there was a huge void left from an entertainment standpoint at home. The  All-American Girls Professional Baseball League, founded by Philip K. Wrigley, debuted in the United States in 1943, less than two years after the attack on Pearl Harbor.

After initial criticism from a still-intolerant power elite in this nation, popularity grew. In fact, attendance peaked at 900,000 for the 15-team league in 1945. Women playing professional sports? That was a new phenomenon for this nation. The terms “girls” and “professional” together was a visual change for a nation that had not yet understood the gender equality that it would see in the coming decades. More than that, it opened up an entire generation of girls to the idea that they didn’t have to be submissive in the face of a male-dominated power elite.

These are just a couple examples of how sports helped exact change in the United States. 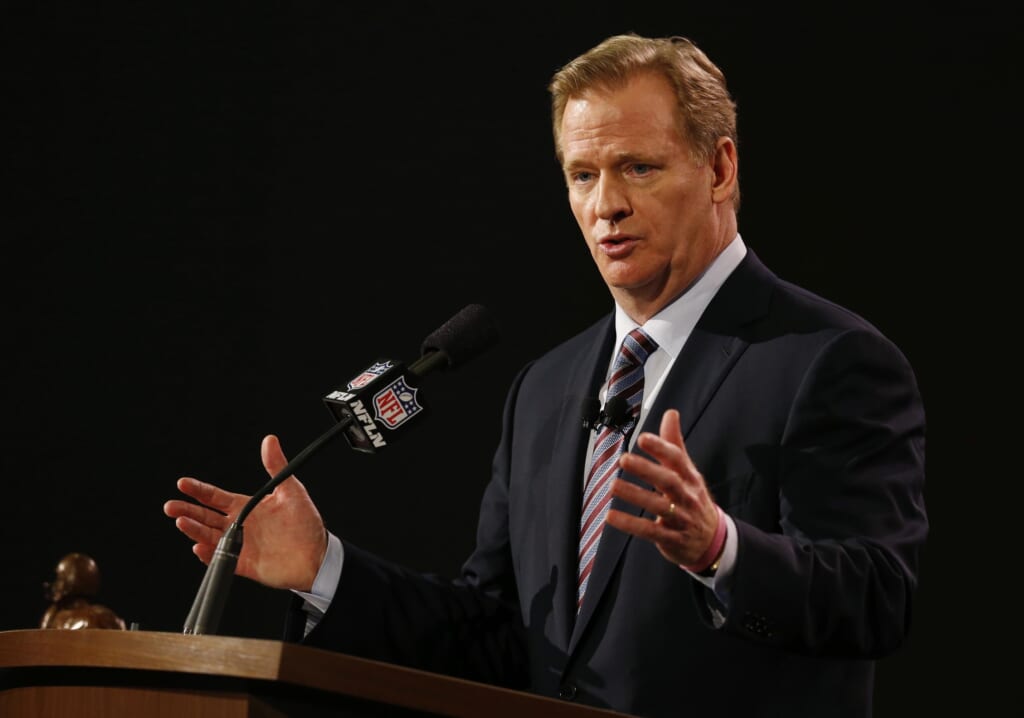 Courtesy of USA Today Sports: Some say the NFL’s role should be broader in today’s society.

Back to modern day, the National Football League and National Basketball Association are more popular today than ever before. One—the NFL—isn’t even seen as an off-branch of the entertainment industry. Popularized by an increased television presence and a fervent fan base, football is now the most popular sport North America has ever seen. It is, in fact, America’s new pastime.

We saw the calls for the NFL to stand up against domestic violence during the entire Ray Rice situation—the end result being a terrific failure on the league’s part. We saw Michael Sam become the first openly gay player drafted into the league, only to see him out of the league itself within months. We have seen the concussion issue come to the forefront around the NFL, only to have it brushed to the side by more mainstream stories of domestic violence, child abuse and one quarterback’s issues with alcoholism.

See. The NFL isn’t necessarily it’s own small category in the broader structure of American society. It’s a part of our society. Its players deal with the same issues that us normal folk have to deal with on a daily basis—money, of course, being the one outlier. 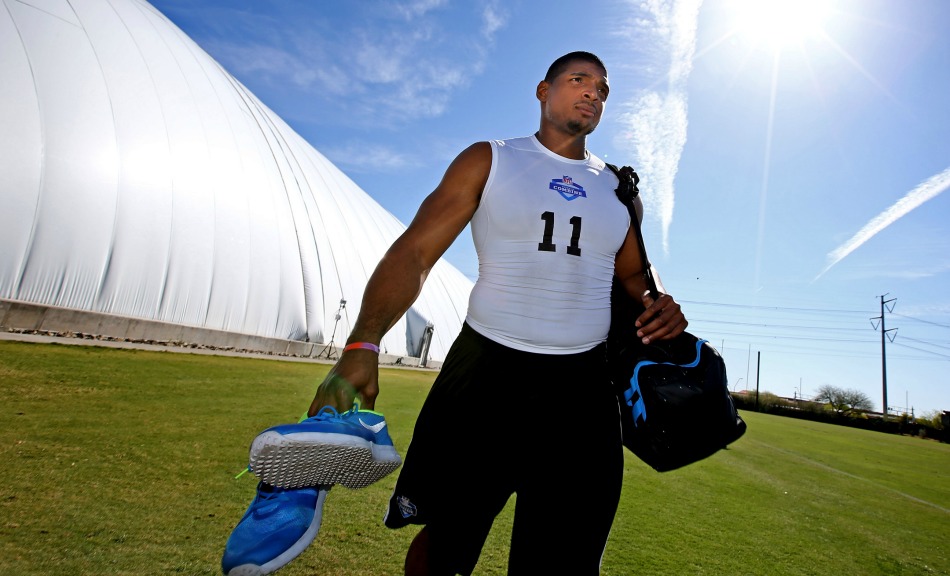 Courtesy of USA Today Sports: At least in NFL locker rooms, inclusion seems to be the name of the game.

When a former NFL cornerback such as Fred Smoot comes out and indicates that no one cares that there are gay players in the locker room, it makes the news. Though, it’s hidden behind the latest DUI story. All the while, the focus turns to off-field issues or Deflategate. That progressive idea, one that exists in locker rooms throughout the NFL today, is lost in the shuffle. Heterosexual players may have their own opinion on gay marriage and equality, but for the most part the league seems to be accepting of gay players in the locker room.

When the confederate flag controversy broke out in South Carolina following the tragedy at Emanuel African Methodist Episcopal Church, some players took to the media with mature, honest and intelligent takes. They are not immune to the issues we face as a nation, nor do they pretend to ignore said issues.

For the most part, NFL players in today’s world are college-educated individuals. They work hard to better the community in which they are temporarily calling home. They are not an outlier. They are, in most case, no different than the rest of us.

As a sport that continues to grow and become embedded within the fabric of America, the NFL can start to act as a vehicle for change for the broader society. Though, it’s going to take a concerted effort by everyone involved. Double standards, which have become far too prevalent under Commissioner Roger Goodell, need to give way to an acknowledgement that the league can do better—that the league does indeed have a responsibility to do better.

Less popular—but on near-equal footing to help concoct change in the United States—the NBA is led by a ton of young men who at least outwardly fully represent what it means to succeed in this nation. More than that, they represent what it means to succeed without yielding to the greater construct of elitism in the face of previously unforeseen stardom. More so than in the NFL, basketball players in today’s world represent the America most of us still envision.

They are young men with equally young families; They are young men understanding their place in communities around the United States. From showing up in Charleston to help a grieving community to gifting a single mother a free car, the stories of NBA players going above and beyond to help the less fortunate and those suffering, are not few and far between.

A public campaign by the Association as a whole to put these good deeds out there would be huge. Not because it would create positive press stemming from the altruistic actions of the masses. Instead, because it could show the larger society just how much the NBA has changed from its previous status—one defined by violence, drugs and the underbelly of society. Remember the Malice at the Palace and the gun scandal in D.C.? These situations seem like they are so long ago. They seem to have happened in another life.

Since then, the NBA has been taken over by successful young family men intent on creating a community of action around the league. Stephen Curry, LeBron James, Russell Westbrook, Kevin Durant, Damian Lillard—the list can go on forever. Additionally, the face of today’s NFL is healthier today than at any previous point in modern history thanks to names like J.J. Watt, Russell Wilson and Peyton Manning. 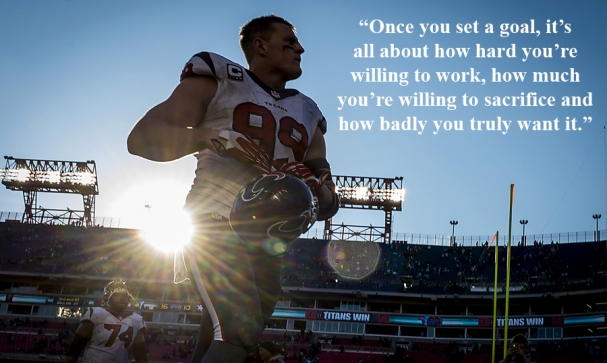 It’s time to put this in the forefront. It’s time for the NBA to stop hiding what it can do in the context of the larger society. And as with the NFL, it’s time for basketball to become more than just a sport.

Remember, change often comes from the most unexpected of avenues. No one expected a Midwestern lawyer (Abraham Lincoln) to help fight for change during one of the most tumultuous times in this nation’s history. No one expected a tired woman who just wanted to sit down after a long day of work to spark the civil rights movement. No one expected a bunch of tree-hugging hippies to spark a counter-culture movement that has led to the push towards equality in the United States today. No one expected a former community organizer from the south side of Chicago to become this nation’s first African American president, especially in the face of overwhelming odds and a still racially divided electorate.

While much smaller in scale, sports can duplicate the understanding that change can come from all walks of life. It is in a position to be a vehicle for change in this nation. It’s now up to the elite within the sports world to step up to the proverbial plate at a time when it is most needed.