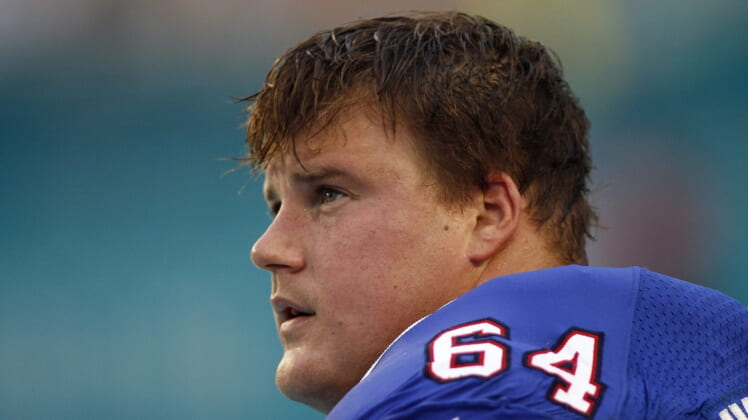 Following an injury-plagued early part of training camp along the offensive line, rumors persisted that the Minnesota Vikings might be interested in free agent Pro Bowl guard Richie Incognito. In fact, Incognito himself made it clear that was the case.

Those rumors were quickly thrown out the window when Vikings head coach Mike Zimmer boisterously told reporters on Tuesday that the team was not interested in the embattled Incognito and would not sign him.

Mike Zimmer asked about Richie Incognito saying the Vikings reached out to him. His response: “No interest and totally false. Tweet that.”

In what can’t be considered too much of a surprise, Incognito took to Twitter as a way to respond to Zimmer. Said tweet included the veteran guard calling Zimmer a liar.

Since suiting up for the Buffalo Bills last season, Incognito has made his presence known in more ways than one on social media. This expletive-laden message to Zimmer is just the latest example.

From a football perspective, Minnesota’s interest in Incognito would make sense. Starting left guard Nick Easton is sidelined with injuries to his back and knee.

Alas, it doesn’t seem like this marriage will come to fruition.