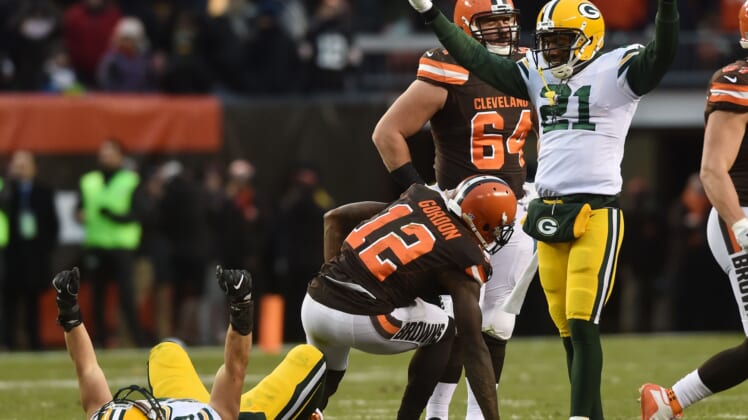 Green Bay Packers safety Ha Ha Clinton-Dix is among the most recognizable players at his position in the NFL. Earning a Pro Bowl nod in 2016 will help matters in that regard. He also heads into Week 6’s matchup against the San Francisco 49ers tied for the NFL lead in interceptions with three.

Playing out the final year of his rookie contract after the Packers refused to extend him this past offseason, Clinton-Dix is now looking forward to a future in another NFL city.

“Right now, I’m playing each and every game like it’s my last. I don’t think I’m going to be here next year,” Clinton-Dix said, via Jason Wilde of the State Journal. “That’s how I look at it. I just (have to) be honest with myself.”

Clinton-Dix was a holdout from Green Bay’s voluntary offseason program after the team picked up his $5.9 million option for this season. He views himself as one of the better safeties in the game and wants to be paid like it. There’s an obvious disconnect between him and new Packers general manager Brian Gutekunst.

Having selected fellow safety Josh Jones in the second round of the 2017 NFL Draft, the Packers might want to go cheaper at that position moving forward. It’s in this that Clinton-Dix sees the writing on the wall.

Having put up 11 interceptions over the past 37 games, Clinton-Dix is definitely a playmaker in the defensive secondary. Should he hit the free agent market, he’ll join another Pro Bowler in what might be a stacked position come March.