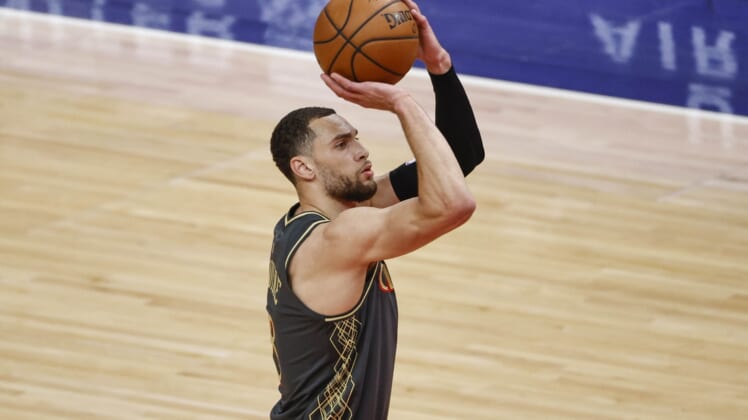 Teetering after losing three of four and coming off a 35-point drubbing to open a five-game road trip, the San Antonio Spurs regrouped Monday with a 109-99 victory over the host Detroit Pistons.

“I thought this was a nice bounce-back performance from our guys,” San Antonio coach Gregg Popovich said. “We came out and did the things we needed to do.”

The Spurs will aim to maintain the momentum — and string together consecutive victories for the first time since Feb. 12 and Feb. 14 — when they visit the Chicago Bulls on Wednesday.

The Bulls will be completing a set of back-to-back games after beating the visiting Oklahoma City Thunder 123-102 on Tuesday.

The Spurs hope to maintain their balanced scoring and tough interior defense in the absence of leading scorer DeMar DeRozan (20.3 points per game). DeRozan will miss his fourth consecutive game Wednesday following the death of his father, though Popovich said this week that the team expects him back by the end of the trip.

DeRozan scored at least 20 points in four of his past five games, but he hasn’t been in the lineup since March 10.

With DeRozan away from the club Monday, the Spurs had six players score in double figures. Dejounte Murray finished with 19 points and 10 rebounds, Jakob Poeltl added 14 points and 12 rebounds, and rookie Devin Vassell contributed 13 points in 21 minutes.

Vassell was playing in his third contest since missing six games due to COVID-19.

“This has been a crazy rookie season because we didn’t have summer league and we aren’t getting many practice days,” Vassell said. “Then I was out with COVID, so I’m just trying to talk to everyone I can every day and learn as we go. (Monday) was a good night.”

The Bulls improved to 2-2 on their five-game homestand with the rout of Oklahoma City. Chicago’s Zach LaVine scored a game-high 40 points in just under 31 minutes.

LaVine finished six points shy of his season high while sitting out all but two minutes of the fourth quarter. He shot 15 of 20 from the floor and reached the 40-point threshold for the third time this season.

Lauri Markkanen followed LaVine with 22 points, topping 20 points for the ninth time in his 18 games this season.

“You want to get your two best scorers going, and we did that,” Chicago’s Tomas Satoransky said. “It opens up everything. We were all running really well right from the beginning, and when that happens, guys have good games.”

While the Thunder were missing several contributors, Bulls coach Billy Donovan downplayed the importance of the opponents’ absences.

“I don’t want to get into the short-handed stuff because we’re got to play to a certain standard because you know what? We’re no different than any other team,” Donovan said. “We’ve been short-handed too. … Everybody is dealing with this, so for me it’s not necessarily who’s playing for a team or not playing, it’s how we’re playing.”

San Antonio leads the all-time series 55-35 but has lost two straight to Chicago, including a 110-109 defeat at United Center on Jan. 27, 2020, a game that saw seven Bulls score in double figures. LaVine hit two foul shots with 2.1 seconds left to put the Bulls up by two, and DeRozan made just one of his two free throws with 0.2 seconds to go.