PREVIEW: Shorthanded Philadelphia 76ers try to bounce back vs. Kings 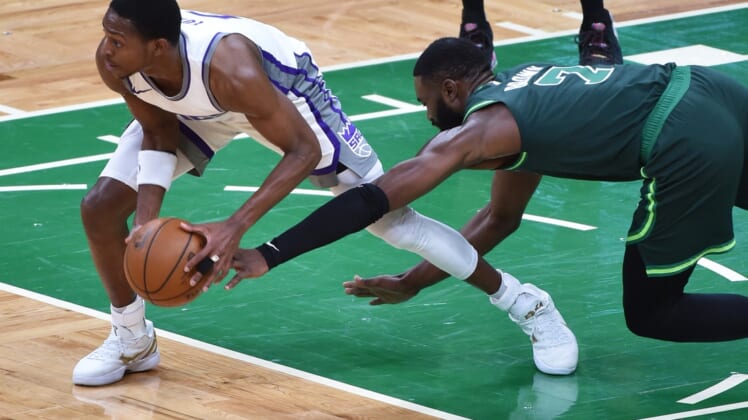 The Philadelphia 76ers will look to rely on their depth as they try to rebound from a difficult loss when they host the Sacramento Kings on Saturday.

The Sixers not only fell 109-105 in overtime to the Milwaukee Bucks on Wednesday, but also lost sharpshooter Seth Curry for a minimum of two games with a sprained left ankle. Philadelphia is already short-handed without All-Star Joel Embiid, who’s recovering from a bone bruise on his left knee.

Still, the Sixers remain quite formidable at home, going 18-4.

“That was a mental lesson for us,” Danny Green said, referring to the loss to Milwaukee. “A mentally fatigue type of situation for us where we have to be able to focus and stay locked in regardless of how physically tired we are.”

Look for Tony Bradley to continue starting in place of Embiid with Dwight Howard coming off the bench. Furkan Korkmaz would be the expected starter for Curry. Korkmaz hit a 3-pointer from the corner with 0.4 seconds remaining to force overtime against the Bucks.

Since returning from the All-Star break, Korkmaz is 13 of 25 from beyond the arc.

“I have pretty high expectations for him,” Sixers head coach Doc Rivers said of Korkmaz. “We’re still getting him to pull the ball more on pick-and-rolls. I think he can be a factor there with his size. He did it the first play in overtime. He was wide open, he just missed the shot. There’s things that he can still do, but he’s been playing great.

“He plays with great confidence, and that’s what we need out there,” Rivers added.

The Kings will be searching for their third win in a row.

Following a hard-fought 121-119 win against the Washington Wizards, the Kings came back with an impressive 107-96 road win Friday against the Boston Celtics.

De’Aaron Fox led the way with 29 points while Richaun Holmes added 25 points and 11 rebounds. Buddy Hield scored 22 points and Harrison Barnes had 15 in the balanced effort for the Kings.

Sacramento won consecutive games after finding out that Marvin Bagley III suffered a fracture of the fourth metacarpal in his left hand.

“We will miss Marvin a lot,” Kings head coach Luke Walton said. “He was making great progress. One of the things we had was we were getting off to pretty good starts consistently throughout the year when we had our starting group there and first quarters were pretty good for us. He gave us size and rebounding that we desperately need, so he will be missed.”

Fox, in his fourth season, has developed into one of the most improved players in the league. In fact, he has scored 20 or more points in 11 consecutive games.

Not that long ago, the Kings were mired in a maddening skid, losing nine in a row. But these last two wins have catapulted the Kings to a 5-4 mark since the losing streak.

“I feel like we’re starting to come together,” Fox said. “We’re getting better and improving.”