The Los Angeles Lakers aim to push the visiting Phoenix Suns to the brink of elimination on Sunday afternoon when the clubs play Game 4 of their Western Conference first-round series.

Anthony Davis scored a game-high 34 points in each contest, pouring in 18 in the third quarter on Thursday when the Lakers took control of Game 3. Personal statistics notwithstanding, the eight-time All-Star remained critical of the team’s performance down the stretch. 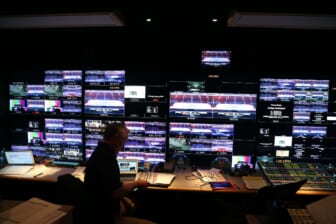 “We still have to do a better job of closing out games,” Davis said, noting how the Lakers saw a 21-point lead in the fourth quarter whittled to eight with 2:47 remaining.

LeBron James had 21 points, nine assists and six rebounds to offset seven turnovers as he works his way past an ankle injury.

“Obviously, it’s been a rough year on me as far as physically with my ankle and dealing with that and still trying to get it back to where it was before the injury,” James said. “… Until then, my teammates will continue to hold me down.”

The Lakers received good news on the injury front Friday. An MRI administered to guard Kentavious Caldwell-Pope’s bruised left knee revealed no tear or structural damage. Caldwell-Pope, who is considered day-to-day, is looked upon to help keep Suns star Devin Booker in check.

Booker erupted for 34 and 31 points in the first two contests of the series before making just 6 of 19 shots for 19 points on Thursday. The two-time All-Star showed his frustration on Thursday by being ejected for a flagrant foul following a two-handed push to Dennis Schroder late in the fourth quarter.

“We know what we want to do, or a play we want to run or a defense we want to execute,” Williams said. “So when it’s not done at the highest level, it can be a bit deflating, but you have to have a next-play, bounce-back mentality and not let it keep you in that deflation.”

Deandre Ayton collected 22 points and 11 rebounds on Thursday for his third straight double-double in the series. The former top overall pick made 11 of 15 shots from the floor in Game 3 to improve to 32 of 39 for the series (82 percent).

“It’s the type of basketball I’ve been waiting for, to be honest,” Ayton said. “I’ve been training for this, and we’re finally here. I’ve got to take advantage.”

Cameron Payne stepped up in place of the hobbled leader Chris Paul, scoring 19 points in Game 2, and 15 in Game 3 (with 11 in the fourth quarter).

While Payne has been heating up, Jae Crowder has been rather cold in the series. He has made just 7 of 27 shots from the floor and 2 of 20 attempts from 3-point range.