PREVIEW: Golden Knights look to even series in crucial Game 4 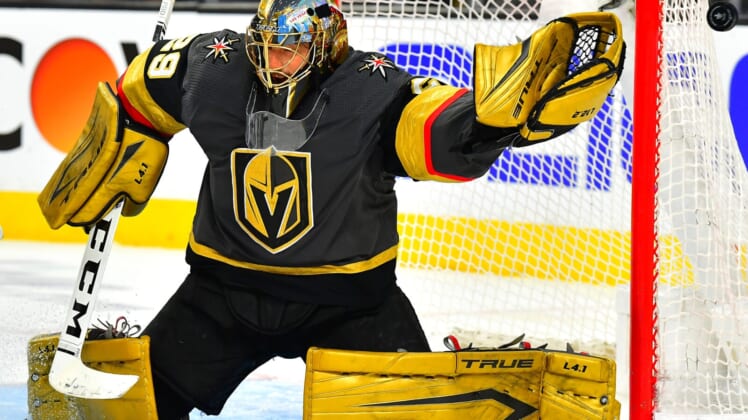 After an emotional comeback in Game 3, the Vegas Golden Knights will now look to even the series at two games apiece tonight in front of their fans. It was Jonathan Marchessault and Max Pacioretty that played the hero role on Friday night with two critical third-period goals, tonight the Golden Knights will be looking for similar performances from their top players.

Despite being down 2-1 in this series, the Golden Knights have outplayed the Colorado Avalanche for two of the three games.

With only a few minutes left in the third period of Game 3, the Golden Knights mounted an impressive comeback that cut the series deficit in half. The home crowd at T-Mobile Arena played a big role in providing the energy that the Golden Knights needed to shift the momentum.

Despite being down 2-1 in this series, the Vegas have outplayed the Colorado Avalanche for two of the three games. In fact, excluding the first game where the Golden Knights had to face a brutal travel schedule, the Avalanche have been outplayed badly.

While they have to win three of the next four games against the President’s Trophy champions, the task looks a little less daunting when taking into account the strong play of the Vegas in recent games. They will look to keep that momentum rolling and travel back to Colorado with the series tied up after a win tonight.

In each of the past two games the Avalanche have scored important goals on the power play. These goals happened despite the Golden Knights controlling the majority of the play and they were crucial in the Avalanche’s success.

The Avalanche have one of the best power-play units in the league as their roster overflows with talent. If they get many opportunities during a game, they will take advantage and the puck will end up in the back of the GVegas net.

The Vegas fourth line has been giving the Avalanche fits so far through this series. Despite no even-strength goals, they have continued to get pucks deep and cycle around the offensive zone. This has been textbook work by a line that lost Ryan Reaves early in the series.

Keegan Kolesar has been especially impressive as it seems like VGK is always on the attack when he is on the ice. The Golden Knights have outshot the Avalanche 17-4 while he is on the ice at even-strength so far this series.

The return of Reeves tonight means that the lines will likely get shuffled once again. The Golden Knights need to hope that the play of their 4th line isn’t disrupted by the change and that they can continue their great performance.

Tonight’s game in Las Vegas begins at 5:30pm PT and will be available to a national audience on NBC Sports and in Canada as well.