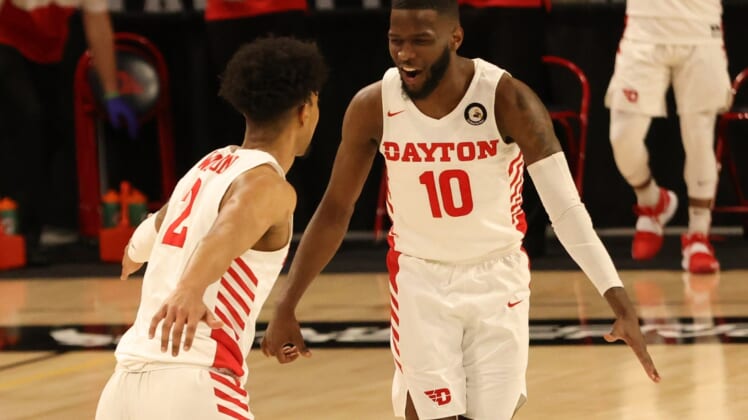 Dayton will play Memphis in Denton, Texas on Saturday in the opening round of the NIT.

But the game will be a reminder of home for Flyers senior guard and leading scorer Jalen Crutcher, who was born in Memphis.

Crutcher, who leads fourth-seeded Dayton (14-9) with 18.1 points and 4.8 assists per game, was also trained in elementary school by Tigers coach Penny Hardaway and shares a birthday with the former NBA star.

Crutcher played at Ridgeway High School in Memphis and grew up a fan of the Tigers.

“To be honest, I wasn’t really watching the selection show,” Crutcher said. “I forget what I was doing. Probably playing a game or something with my teammates. I could see my phone blowing up. It was like, you know you’re playing Memphis, right? I was like, for real. I just got a lot of phone calls that night. I’m excited.”

Memphis (16-8), a No. 1 seed, suffered seven of its eight losses this season by single digits and came close to upsetting Houston in the American Athletic Conference semifinals.

The Flyers will make their 26th appearance all-time in the NIT and last won the tournament championship in 2010.

The winner will play Boise State in the quarterfinals on Thursday.

Dayton bowed out in the Atlantic 10 quarterfinals with a 73-68 loss to NCAA Tournament qualifier VCU. Crutcher had 21 points, and center Jordy Tshimanga had 10 points and 10 rebounds.

Boogie Ellis scored 27 points and Memphis led Houston by four points with five minutes left before the Cougars rallied for the 76-74 win. The Tigers ended up one of the last four teams left out of the NCAA Tournament.

This is the 19th appearance in the NIT for Memphis, who won the championship in 2002.

Guard Landers Nolley II is the Tigers’ leading scorer with 12.6 points per game while forward DeAndre Williams is averaging 11.2 points, 5.8 rebounds, 3.6 assists and 2.1 steals per game. Hardaway did not specify if junior guard Alex Lomax (ankle) will be available against Dayton.

“It’s kind of bittersweet because everyone wants to make the NCAA Tournament, but it’s also much appreciated to the NIT for making us a No. 1 seed and also matching us up against a really good Dayton team,” Hardaway said. “It’s going to be a good test for us.”