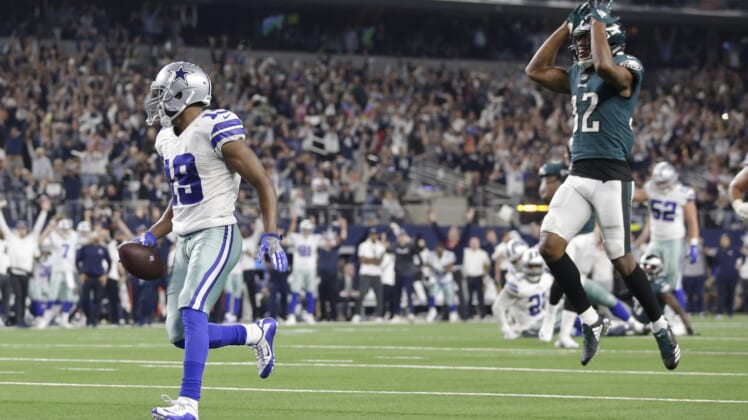 With two teams heading into their bye, NFL fans have 15 fun matchups to enjoy in Week 4.

This would include five winless franchises looking to scrape up their first victory while six other teams strive to remain undefeated.

Ahead of the upcoming action, let’s take a look some players destined for stardom and others doomed for gloom in NFL Week 4.

Playing as more of a receiver than tight end, Engram turned six catches into 113 yards and scored one touchdown working his first full game with rookie Daniel Jones. In Week 4, expect Jones to keep Engram heavily targeted while the Giants next attempt to beat the Washington Redskins. No Saquon Barkley means more offensive plays through the air. To date, the Redskins have surrendered nine passing touchdowns which sets up both Engram and Jones for a sweet game.

It seems to be either feast or famine for Ingram come game day this season. After feasting on three rushing touchdowns against Kansas City, look for Ingram to slow down against the Cleveland Browns. The Browns have given up only one rushing touchdown to a running back in three games, as well as a mere 102 rushing yards on average per clash. Instead, it could easily be the Ravens’ receiving crew that torches the Browns’ secondary in Week 4.

Brissett presented his first 300-plus yard performance when he absolutely gashed the Atlanta Falcons in Week 3. He completed 76 percent of his passes and a Week 4 tilt at home against the Oakland Raiders should keep Brissett rolling in the numbers. The Raiders defense has been dreadful and opposing quarterbacks are passing for an average of 286 yards per game.

Gurley’s overall lack of touches per game this year has been very disturbing. Moving forward, Gurley can hardly be trusted to produce against the Buccaneers — even at home. The Bucs have been stingy against the run and have given up the second-fewest fantasy points to opposing backs. Furthermore, no running back has yet to find the end zone against Tampa Bay. This is a sad forecast for Gurley no matter how the Rams slice the pie this Sunday.

Wilson and his team got dogged last week in a surprising loss to the New Orleans Saints. But during the process, Wilson threw for a season-high 406 yards, and two touchdowns. Next, he faces a quarterback-friendly matchup against the Arizona Cardinals. This Cardinals defense just gave up four passing touchdowns to Panthers backup quarterback Kyle Allen. We are pretty sure a seasoned veteran like Wilson can fully take advantage of the Cardinals’ glaring shortcomings.

One quarterback who may disappoint in Week 4 is Wentz on a short week on the road in Green Bay. The Packers are running a tight ship and have surrendered just one passing touchdown on the season. This comes along with Green Bay’s defense giving up an average of just 197.3 passing yards per contest. Good luck to Wentz in advance.

Running backs playing against the Denver Broncos are getting away with the farm so far this season. This is why Fournette is poised for an awesome performance in Week 4. The Broncos have let five rushing touchdowns slip by in three games. This would include Packers running back Aaron Jones running in two ground scores in his last game. Fournette should hit pay dirt when it comes to red zone plays.

White will have a pesky Week 4 matchup when the New England Patriots come to town. Not much is stopping Tom Terrific’s passing game these days. No matter who his receiving crew has been since Week 1, Brady has been averaging 303.7 passing yards per game and has yet to throw a pick. So, do not look for White to post another double-interception performance as he managed against the bungling Andy Dalton in his last game.

Week 4 brings Cooper and the Cowboys to square off with the Saints at the Super Dome. This is when we can expect Cooper to hit some home runs against a very porous Saints’ passing defense. It was just last week that the Saints got steamrolled by Seahawks No. 1 wideout Tyler Lockett to the tune of 154 yards and one touchdown. Both Cooper and Dak Prescott should post monster turnouts.

Kelce won’t be a full-on dud, but he could be challenged in Detroit by the Lions defense in Week 4. The Lions have yet to allow one tight end to score since the season’s kickoff. Plus, they have given up just seven tight end catches for a total of 93 yards in that same stretch. Furthermore, with quarterback Pat Mahomes spreading the love on a weekly basis, Kelce’s stats stand to take a dip in this particular matchup.