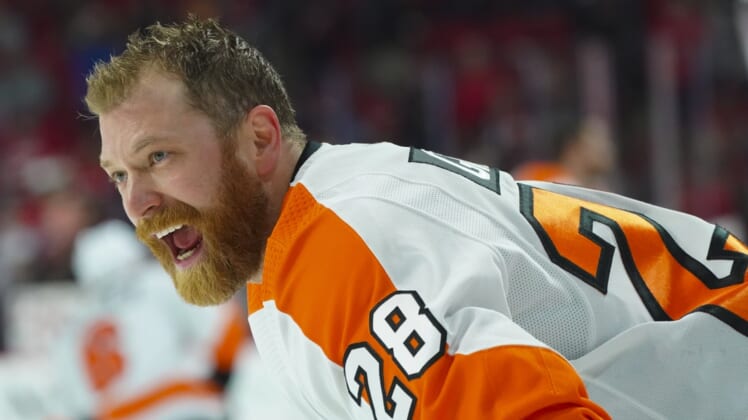 The Nashville Predators will look for their sixth win in seven games on Thursday when they battle captain Claude Giroux and the host Philadelphia Flyers.

The Predators intend to spoil the night of Giroux, who will be playing in his 1,000th career NHL game.

Nashville was quite impressive in its last outing, registering a 4-1 victory over the Pittsburgh Penguins on Tuesday.

Captain Roman Josi recorded three assists, Colton Sissons set up a pair of goals, while Mattias Ekholm, Tanner Jeannot, Eeli Tolvanen and Yakov Trenin found the back of the net in a balanced effort.

“I just have a lot of respect for the way the guys have dug in and competed and remained focused and ready for the game,” Predators head coach John Hynes said. “They’ve met the challenges of each game and also the challenges within each game.”

Josi’s three assists propelled him to a career-best 52 while pushing his point streak to seven games (three goals, 13 assists).

“I don’t know how many games (Josi) has won for us this year,” fellow defenseman Ekholm said. “He keeps proving to everybody that he’s, if not the best defenseman. I would say (he is). And offensively, he’s been lights-out all year.”

While the offense was clicking, the Predators’ defense held off an onslaught of shots. Goaltender Juuse Saros made 35 saves, including several stellar stops against the electric Penguins offense that had a 36-25 advantage on shots.

“He has played at a high level in every game he’s played this year,” Hynes said of Saros. “It’s nice that he always responds when he does get some time off and he does get rest. It’s the mental part and the physical part. We’re going to need to be able to do that this year.”

The Flyers will look to snap their three-game losing streak (0-2-1) while playing on Giroux’s special night.

It also could be Giroux’s last home game in a Philadelphia uniform. Giroux has been the subject of trade rumors with the deadline looming on Monday.

“That’s a real amazing accomplishment, to play 1,000 games with one organization, to play them the way that he did, to add what he’s added to this organization,” Flyers interim head coach Mike Yeo said. “Let’s celebrate that and let’s celebrate it with a great game.”

The Flyers have scheduled a lengthy pre-game ceremony to honor Giroux.

But Philadelphia hasn’t had much to celebrate this season with separate 10- and 13-game winless streaks. The 13-game skid set a dubious franchise record. The team has struggled mightily to close games.

“We’re going to have to keep finding ways to get players to understand that you can play the way you want to play, or you can play winning hockey,” Yeo said. “We will put guys on the fourth line, scratch guys if we have to. I don’t even know if we have enough (players) to call guys up. There’s veteran players we’re going to have to do it to, too. You’ve got to get the job done.”