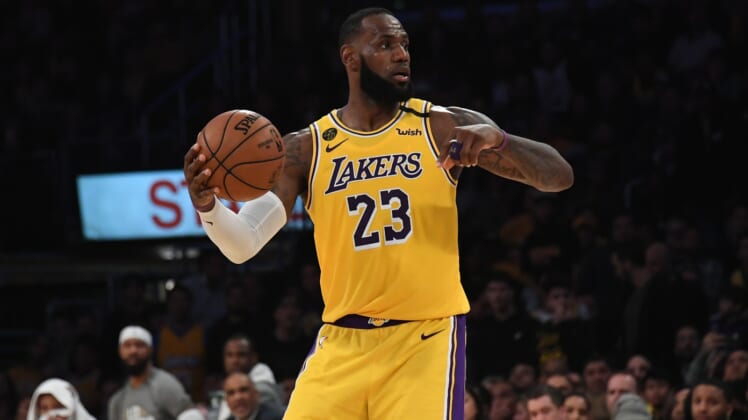 (Reuters) – An extra day off ahead of the NBA Finals Game 5 on Friday means more time for 16-time All-Star LeBron James to do what he loves best: prepare.

After putting up 28 points, 12 rebounds and eight assists to extend the Los Angeles Lakers’ lead over the Miami Heat to 3-1 in the NBA Finals on Tuesday, James said he relishes time spent fine-tuning his game – even under the pressure of a championship series.

“I’m excited about our meeting tomorrow watching film and breaking that down and seeing things that we can do better,” James, 35, told reporters after the 102-96 win.

“Seeing things that we did do well. Thinking about the adjustments that they possibly or will do, because I know (Heat head coach Erik Spoelstra) going into Game 5.

“That’s the best part about it. It’s a chess match.”

James has plenty of talent to rely for his 54th NBA Finals game, including 27-year-old Anthony Davis, who has shined throughout the best-of-seven series, averaging 25.8 points per game and emerging as a true contender for the MVP title.

“His ability to play one through five, guard anybody on the floor, take the challenge, not only guard on the perimeter, continue to protect the paint. Guards drive on him. It’s hard to score on him,” said James.

The Lakers take on the Heat on Friday.