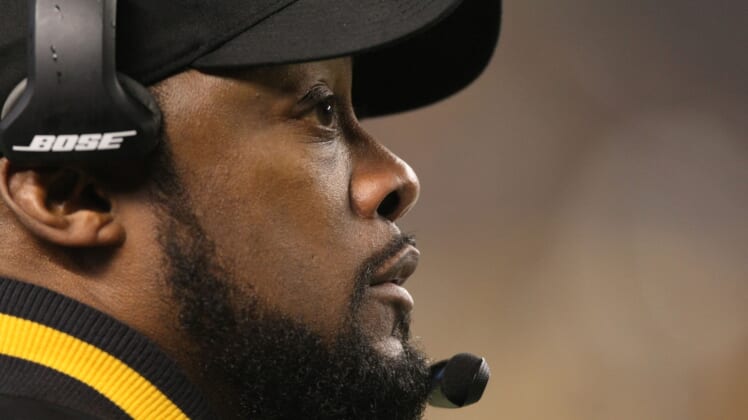 Always an organization that prides itself on continuity, the Pittsburgh Steelers have made it their goal to seek out and retain the best coaches the football world has to offer.

So it shouldn’t be a surprise that the team announced head coach Mike Tomlin has agreed to a two-year contract extension through the 2018 season.

We have extended the contract of @CoachTomlin through the 2018 season.

In making the announcement, Tomlin had these words to share:

“I very much appreciate this contract extension, but my sole focus has been and will continue to be meeting the challenges that lie ahead for the 2015 season,” Tomlin said. “These past nine years in Pittsburgh have been a wonderful experience for my family, and I look forward to pursuing what is the Steelers’ goal every year – bringing another Super Bowl championship to the City of Pittsburgh.”

With a .641 winning percentage in his first eight seasons as the team’s head coach, Tomlin has been among the most successful in his profession during that span. Overall, he’s led Pittsburgh to four division crowns and five playoff appearances.

The Steelers have had a total of three head coaches since the start of the 1969 season. And now, if Mike Tomlin plays out his current deal, the team will have gone nearly a half century with the same number coaches (three) the Oakland Raiders have had over the past 10 months.