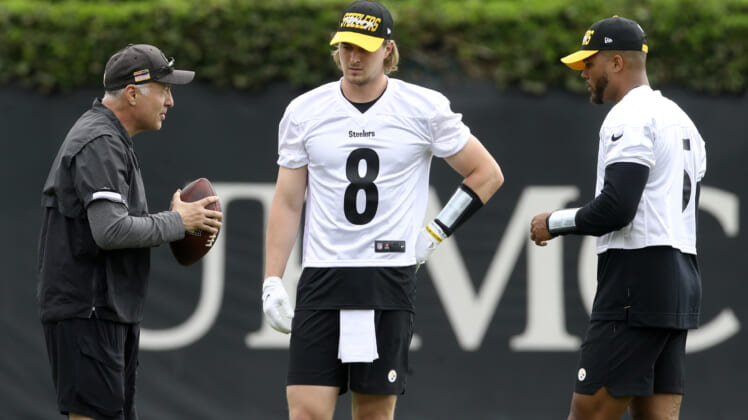 Pittsburgh Steelers head coach Mike Tomlin is actually looking forward to the challenge of hopefully finding their next franchise quarterback.

Identifying and developing a QB that can become a legitimate face of an NFL franchise is one of the hardest things to do in the league. Many teams have used top-five draft picks on elite prospects only for those players to turn into busts and be off the roster in a few years. For the organizations that do discover a franchise quarterback, they try to hold on to that talent for as long as they can.

The Steelers are in the midst of a transition away from being spoiled for 18 seasons with two-time Super Bowl winner Ben Roethlisberger. Undertaking the search to replace a team legend is considered an unenviable task by most. Yet Pittsburgh’s head coach Mike Tomlin is actually pumped for the challenge he’s never had to endure during his 15 years leading the team.

During an appearance on The Pivot Podcast, Tomlin gave his opinion on the team’s QB competition in training camp between veteran free agent Mitchell Trubisky, first-round pick Kenny Pickett, and three-year veteran Mason Rudolph. And that while the task of finding their next starter is scary, he is excited to see which man rises up to help the franchise maintain its high standard of competitive play in 2022.

Chicago Bears and Buffalo Bills veteran Trubisky is expected to be the starter for the Steelers in Week 1. However, Tomlin has publicly stated he is not against the idea of the rookie first-round pick, and Pittsburgh University star winning the job during camp.